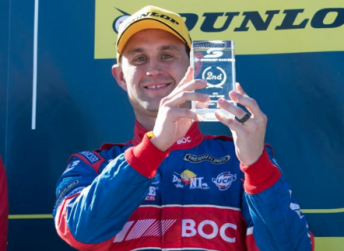 V8 Supercars co-driver Andrew Jones will join up with the Maranello Motorsport squad for the third round of the Australian GT Championship at the Castrol Edge Townsville 400.

The 35-year-old has been selected to replace Cameron McConville in the Melbourne squad’s #8 Ferrari 458 GT3 alongside regular Adrian Deitz.

Jones has secured the seat following the news that McConville has been forced to step down from the drive due to his CAMS Australian Formula 4 Championship commitments at the meeting.

As a result, the Brad Jones Racing V8 Supercars co-driver faces a busy weekend with the New South Welshman set to dovetail the Australian GT drive alongside his Dunlop Series effort at the Reid Park circuit. 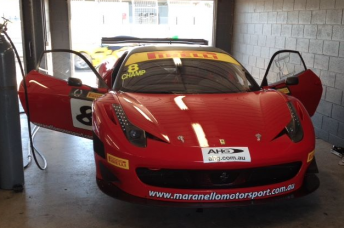 It is not yet clear if he will contest the remaining rounds of the championship after Townsville.

“The opportunity to drive a current spec GT3 car is very cool particularly a Ferrari 458 and also with Maranello Motorsport, those guys have been involved in the category for a very long time, so that is great,” Jones told Speedcafe.com.

“I’ve been in contact with Adrian (Deitz) over the last few days and he is very much a lover of motorsport in general and it is great to drive with him and I feel I’m at the point of my career, where I’m really enjoying the GT style of racing where there is a bit of coaching involved as well.

“At the moment I’m just filling in for Cameron at Townsville and doing the Dunlop Series round too.”

The Australian GT Championship is expected to field a 34 car entry for the third round of the series, which has been bolstered by entries from Townsville’s Wayne Udy (Porsche), Victorian Matthew Turnbull (Lamborghini) and Steven Voight (Porsche).