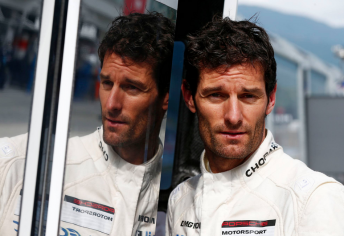 The episode will air at 8pm on Monday and see Webber open up on his tumultuous 12-year career at the top level of the sport.

The driver’s relationships with partner/manager Ann Neal and former team-mate Sebastian Vettel are both put under the microscope in the 30 minute program.

Now 38 years old, Webber drives full-time for Porsche in the World Endurance Championship after leaving Formula 1 at the end of 2013.

The Queanbeyan-raised driver finished second in the recent Le Mans Hours; the first time he has seen the chequered flag in four attempts at the famous race.