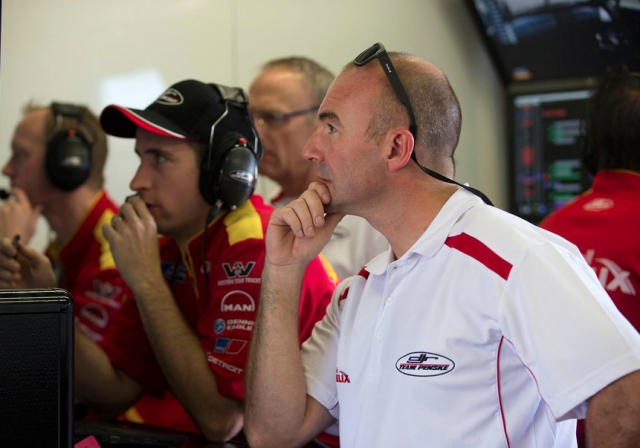 Making his third visit to a V8 Supercars event this season at Hidden Valley, the Team Penske president hosed down suggestions that the team is certain to utilise its second Racing Entitlements Contract in 2016.

The Queensland-based operation trimmed back from two cars to one amid the Penske buy-in last summer, leasing its second license to Super Black Racing on a one-year deal.

Stressing that “we’re not going to run two cars for the sake of running two cars”, Cindric says the team cannot put a timeline on a decision while Ambrose’s future remains up in the air.

Although not set to race again until the Pirtek Enduro Cup after stepping out of the seat in March, Ambrose hasn’t ruled out returning as a full-time driver and is under a two-year contract with the team.

“If Marcos was going to drive next year then I’m quite sure we’d figure out a way to run two cars,” Cindric told Speedcafe.com.

“That was our plan, but without knowing what Marcos’ plans are, it makes it much more difficult.

“At this point it certainly would have been the plan for Marcos to drive this year and add a second car next year.

“That plan changed and now we have to evolve.”

After returning to practice duties on Friday at Hidden Valley, Ambrose openly admitted that he remains far from comfortable in the current generation V8 Supercars.

Although the comments garnered much public attention, Cindric says it came as no surprise to the team.

“The way the series is and the way the tyre rules are, you put him out there on old tyres and you’re never going to get any confidence doing that,” he said.

“It was just really a matter of getting him some track time and the expectation I had was no different. It’s just laps.

“I think it’s ok to get him up to speed, but he’s not going to learn much about the car with the tyre program that exists now.

“I still think he’s a good driver and through the enduros he’s going to get more and more confident, but until that point, I think it’s a lot to ask.

“It’s a challenge, there’s no good answer for that.”

Ambrose is expected to conduct Friday practice duties at more events before Sandown, although his exact schedule will be determined on an event-by-event basis.

Cindric also confirmed that there have been no discussions about giving Ambrose laps in another car or category prior to the endurance races.

“We’re open to any suggestions he might have, but we haven’t discussed anything,” he said.

“It’s been his decision to this point to not drive, so we’ll just continue to listen to what he wants to do.”

With the team’s car count for next year yet to be sorted, Cindric was cautious when asked whether DJR Team Penske is actively assessing free agents currently on the driver market.

“I think we’re aware (of the market), but I wouldn’t say we’re looking or really talking to anybody because we’re focussed on Scott (Pye),” he said.

“We need to continue to give Scott a good foundation to build.

“We’re aware of it (the driver market), but we’re focussed on giving him what he needs and giving our attention to him as much as we can.”

Cindric was meanwhile pleased to see on-track progress made by DJR Team Penske since last joining the team at Barbagallo.

Following a first top 10 finish of the season at Winton, Pye scored results of sixth and fourth on Saturday in Darwin, before Sunday netted a tougher run to 16th.

“It’s a matter of consistency and execution; it’s smaller things, not bigger things. We’re gaining on it,” said Cindric of progress.

“By the time we get to the enduros we want to be a consistent top 10 team, because that’s how you have a chance to become a top five team.

“We’ve done that (become a consistent top 10 team) two races in a row.

“You could argue it here or there, but we have that speed and potential to be a top 10 team and that’s a step forward from where we were.” 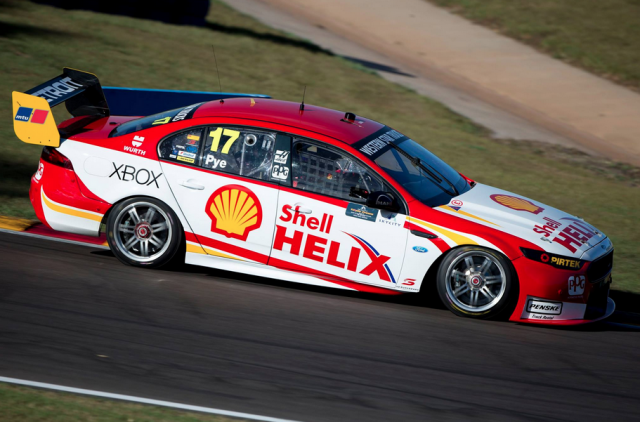