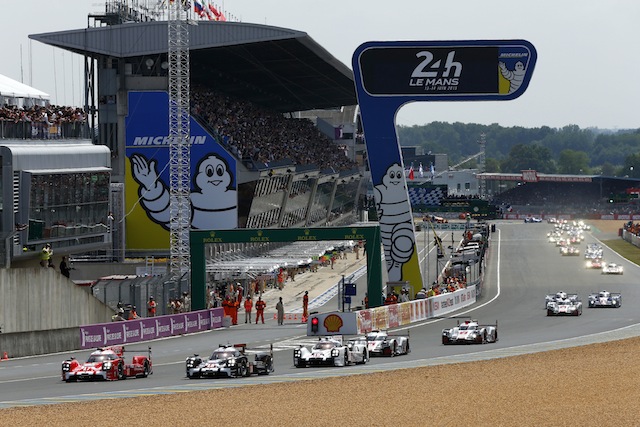 Mark Webber expects any move to curb increasing speeds of LMP1 machines to be gradual in the wake of sizzling lap times at the Le Mans 24 Hour.

A technical group is already working on slowing speeds of the LMP1 cars for 2016 after a marked increase in lap speeds this season.

This followed the extraordinary pace at the World Endurance Championship round at Spa in early May where lap times tumbled several seconds on the previous year.

While not yet confirmed publicly, it is thought the most effective way to put the brakes on increasing pace is by restricting fuel flow.

Webber, runner-up alongside Kiwi Brendon Hartley and Timo Bernhard to the sister #19 Porsche at Le Mans, said fuel was the more likely method of slowing the cars for 2016.

“The thing is when you get these engineers and they start producing the cars that we have now, you’ve got a cluster of FIA/ACO guys working out how they think it might go,” Webber told Speedcafe.com.

“Then you’ve got huge horsepower and infrastructure and R&D resources collectively of two or three teams and then people moving within teams.

“And they are always generally behind the curve so I think for 2016 it will be gradual and then for 2017 they will probably go again.

“I haven’t seen a huge amount of what they are trying to do just yet.

“They will probably look at the fuel and from a chassis and aero perspective I think they are probably pretty pinned in 2016.

“It’s just where they generate their lap time, there might be some tyre width involved.

“This year that’s why the speeds as high as we’ve ever seen them since the late 1980s.

“It’s like F1 now, you have a big top speed but you get the walking stick out through the corners.”

Webber said there remained a degree of nervousness from organisers over the unabated speeds of the outright contenders while the pace of the GT cars had remained constant.

“Especially when you’ve got the GT cars sitting on the same lap time, we’ve got to deal with them as well; it’s very dangerous.”