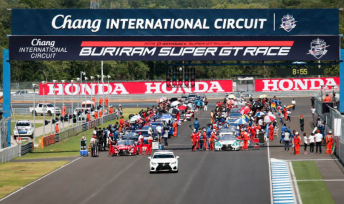 Porsche Carrera Cup Asia has agreed a deal to host the next round of the championship at the Chang International Circuit in Thailand.

The popular one make series will support the Thailand Super Series on July 31- August 2 at the newly constructed Buriram Circuit, which has recently hosted Japan’s Super GT and the World Superbike Championship.

Carrera Cup Asia had been announced as part of the support bill for the inaugural KL City Grand Prix on August 7-9, however event organisers revealed the series had been removed from the schedule along with the Audi R8 LMS Cup last week.

“This is an exciting addition to our 2015 calendar, and I am sure all our drivers look forward to the challenges a brand new track will bring.”