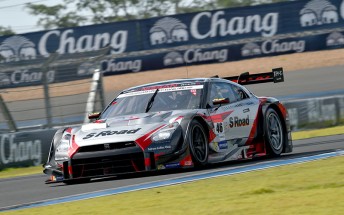 The S Road MOLA Nissan duo were involved in a thrilling scrap with the Yuji Tachikawa/Hiroaki Ishiura Lexus before brake failure forced Ishiura into the pits and subsequent retirement.

With the pressure lifted, Motoyama and Yanagida went on to take the victory by 7.9s from the ENEOS Lexus of Kazuya Oshima and Yuji Kunimoto, with the Koudai Tsukakoshi/Hideki Mutoh Honda NSX in third.

The victory has seen Motoyama and Yanagida close to within six points of championship leaders Andrea Caldarelli and Ryo Hirakawa.

Kazuki Hoshino and Mitsunori Takaboshi clinched victory in the GT300 behind the wheel of the B-MAX NDDP Nissan GT-R GT3. 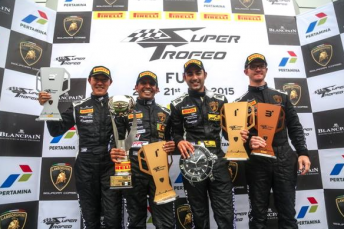 Afiq Yazid took the spoils in the opening race of the Lamborghini Super Trofeo Asia Series at Fuji International Speedway.

Yazid was involved in a race long tussle with polesitter David Rizzo before easing his Huracan through to the chequered flag.

The Chinese pairing of Li Chao and Zhang Da Sheng  claimed the Pro-Am class honours from local Toshiyuki Ochiai, while Dilantha Malagamuwa and Armaan Ebrahim secured the final place on the podium.

Malagamuwa and Ebrahim starred in Race 2 as the pair tamed tricky wet conditions to clinch the win outright, having started from fifth on the grid.

Yudai Uchida got the better of Rizzo to finish second.

The championship heads to the Shanghai International Circuit for the next round on July 11-12. Skoda’s Pontus Tidemand completed a comfortable victory at the International Rally of Queensland to extend his lead in the FIA Asia Pacific Rally Championship standings.

Tidemand and co-driver Emil Axelsson finished four minutes ahead of the New Zealand crew of Mike Young and Malcolm Read, with the Mitsubishi of Subhan Aksa and Nicola Arena in third.

The Swedish driver’s run to victory was made easier when his Skoda team-mate and championship rival Gaurav Gill suffered a retirement 30 kilometres from the rally finish at Imbil.

Tidemand’s win has seen him claim the Pacific Cup competition which concluded at the International Rally of Querensland.

The 24-year-old has also extended his Asia Pacific Championship lead to 34 points over his MRF Skoda rival Gill.