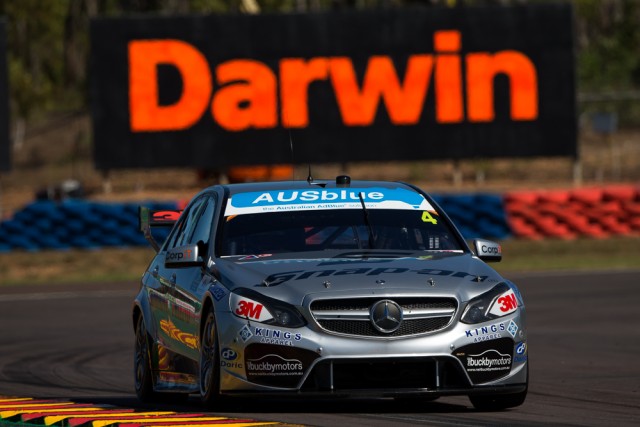 Ash Walsh put Erebus Motorsport at the top of the time sheets in the final practice session of the weekend at Hidden Valley.

The Mercedes cut a best lap of 1:06.35s to emerge fastest of those to run a set of soft compound tyres.

Walsh and team-mate Will Davison have struggled for pace across the weekend to date and awkwardly came together during Race 14.

The team is competing at Hidden Valley without technical director and Walsh’s race engineer Wes McDougall, who is on medical leave.

“We are about seven tenths quicker than we were on the same set of tyres yesterday,” noted Walsh post-session.

“Overnight we had a bit of a rethink to see what we could do to improve it so it is all down to the hard work from the guys.

“We are just trying to settle the rear down. We have been battling it all weekend.”

Fabian Coulthard was 0.01s adrift of Walsh in second ahead of Shane van Gisbergen and David Wall.

Wall triggered the red flags after five of the 15 minutes when he ran wide at Turn 10, skipping through the small gravel trap and nosing into the tyre barrier.

Team-mate Scott McLaughlin repeated the feat in the final seconds, ending the session in the fence at the same point of the circuit.

While all the fast Practice 4 times were done on softs, hard tyres will be compulsory for the 20 minute Race 15 qualifying session, which is set to get underway at 1105 local time.