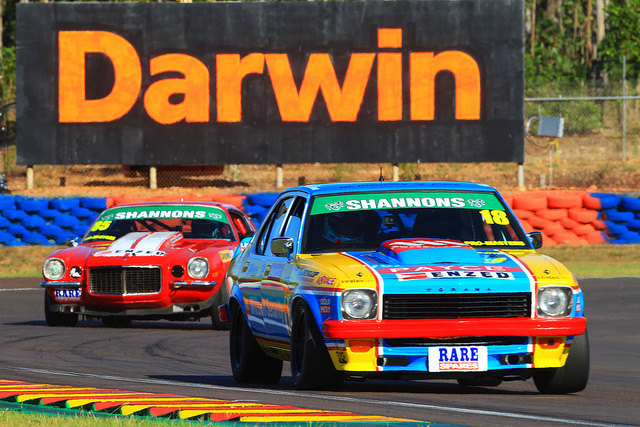 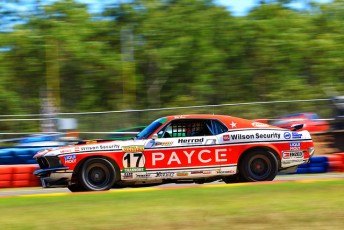 John Bowe emerged on top in Touring Car Masters practice as he saw off a spirited challenge from Steven Johnson at Hidden Valley.

Bowe’s Holden Torana managed to post an 1:13.58s which proved to be just 0.07s quicker than Johnson, who topped the opening practice session on his return to the category.

Johnson wasted little time in getting to grips with the Ford Mustang raced by Bowe last season.

The feat was made even more impressive with Bowe carrying a weight penalty courtesy of his success at Winton.

Jason Gomersall was third fastest behind the wheel of the iSeek Holden Torana, while Jim Richards guided his AMC Javelin to fourth ahead of former touring car rival Glenn Seton.

However, an engine issue for Seton’s Ford Mustang has forced him to pull out of the event after sitting out second practice. 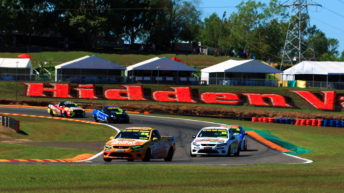 The championship leader posted a 1:20.74 personal best in the opening hit out despite carrying 40kg of success ballast.

“The new track surface is great, and even though I am carrying the 40kg success ballast, this track flows pretty well, so I can get the most out of the Holiday For Life Ford,” said Harris.

“If there were more stop/start corners here, or a climb up the hill, it would probably hurt us a little more.”

David Sieders was third fastest with a second covering the top half of the field. 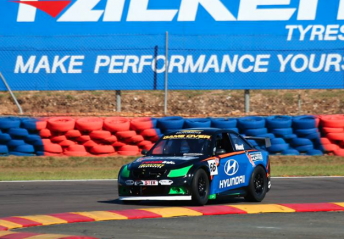 Andrew Fisher, Gerard McLeod and Nathan Pretty all had off track excursions, with the red flag shortening the second session after McLeod became beached in the Turn 10 sand trap.

Macrow, driving the new Hyundai Elantra shelled entry, posted a 1:18.92 effort to end up on top of the time sheets almost half a second quicker than Adam Uebergang, with the experienced Paul Morris in third.