Winterbottom aboard the F4 Mygale at Hidden Valley

Thirteen years after graduating from Formula Ford, Mark Winterbottom says it felt a little weird to be back behind the wheel of a single-seater at Hidden Valley.

The V8 Supercars Championship leader enjoyed a short hit-out in the new Formula 4 chassis immediately after the end of Practice 2 ahead of the category’s debut in Townsville.

“I need a windscreen…. the wind in your face was pulling my helmet off,” he smiled afterward.

“It was weird to get back in one (an open-wheeler). They vibrate a lot but it was really, really cool.

“The grip that they’ve got and the brakes are awesome.

“The mechanical grip in the middle of the corner… the car still slides a bit.

“So they’ve kept that Formula Ford trait, but with really good braking.

“If we could bolt the V8 into that we’d be laughing tomorrow because it stops and is really quick.

“It was good fun, but I didn’t get many laps. I just wanted to keep going.”

The laps came at the end of a productive day for Winterbottom aboard his Prodrive Ford V8 Supercars, where he ended up second fastest to stable-mate David Reynolds.

The performance was another show of strength from Prodrive, which has proven the form team over recent events.

“The car is good, it actually feels very nice,” said Winterbottom of his Falcon.

“The track surface is massively better as well and it’s great that the government gets behind this race (through funding).

“The best part about our sport is when you get new tyres on a new track and can really drive the wheels off it.

“We were good on both tyres (compounds) so we’ll see what happens tomorrow.” 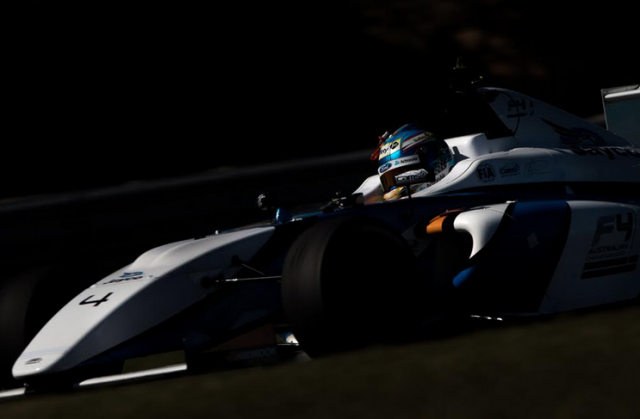