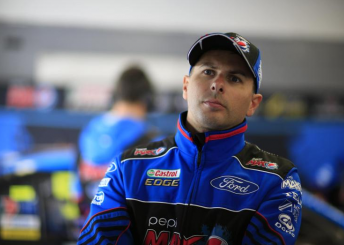 Owen replaces factory driver Tomas Enge in the Reiter Lamborghini entry for the meeting as the Czech is busy on Super GT duties in Thailand.

The recruitment of Owen comes through Roger Lago, who is set to field a customer Reiter Lamborghini for himself, Russell, Owen and Craig Lowndes in next month’s 24 Hours of Spa.

Russell and Enge won a race on the former’s ADAC GT series debut earlier this month in Austria, leaving Owen optimistic of a strong showing this weekend.

“I think the car is pretty quick so there’s no reason why we can’t be right up there,” Owen told Speedcafe.com.

“Dave was obviously quick in his first race with those guys so I’m expecting we should be competitive.

“It’s going to be a great build-up for the 24 Hours with the ADAC round and then the official test day (next Wednesday). 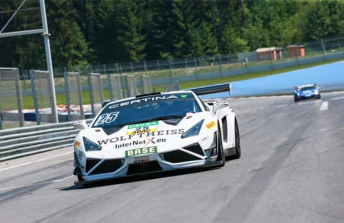 “It’s one of those big tracks like Bathurst where you can just never have enough laps.”

Lowndes will fly to Spa after this weekend’s Hidden Valley V8 Supercars event to take part in the June 24 test alongside Owen and Russell.

Lago’s team failed to finish at Spa last year but, stresses Owen, will be much better prepared for its second attempt at the classic race.

“Last year was a bit of a mission just to finish because it was our first year there and in an older spec car,” said Owen, who last year shared with Russell, Lago and Steven Richards.

“It was an experience but we knew we weren’t going to finish on the podium.

“This year with a bit more experience behind us and a more competitive car, I think we’ll push on and hopefully be up the pointy end of Pro-Am by the end of the weekend.”