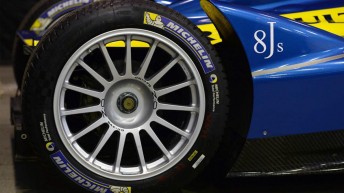 Michelin has submitted a bid to the FIA to become the sole Formula 1 tyre supplier from 2017.

The French tyre manufacturer has confirmed it has handed its proposal to the sport’s governing body with the bid including a move to 18 inch lower profile, longer lasting tyres.

Michelin, who has been absent from F1 since its withdrawal in 2006, currently supplies tyres of a similar specification to the all electric FIA Formula E Championship and the FIA World Endurance Championship.

A brief statement from Michelin issued via social media confirmed the company’s plans to secure the three year contract.

we have submitted our #F1 proposal to @fia. 18 inch of course and #drivetothemaxtire for the driver pleasure #totalperformace

Current tyre supplier Pirelli is set to go up against Michelin as the Italian firm looks to extend its relationship as F1 tyre supplier, which began in 2011.