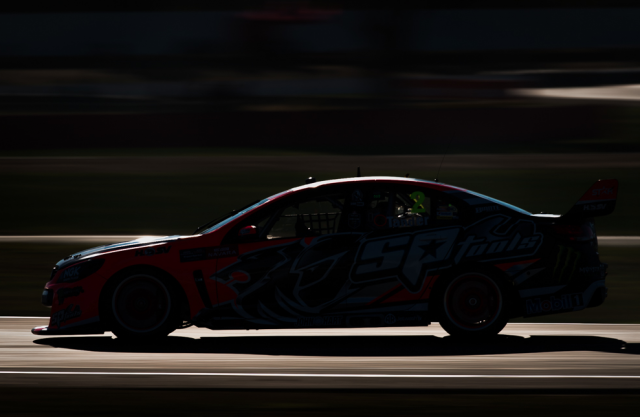 V8 Supercars CEO James Warburton has “no doubt” that the Gen2 regulations will bring new manufacturers to the category, regardless of the initial uptake in 2017.

The championship’s technical department continues to work through finalising a set of guidelines for the revised regulations ahead of a planned release later this month.

The category’s Safety Car supplier Lexus is to date the only non-competing manufacturer to have publicly expressed interest in the Gen2 concept, but remains far from committed to a racing program.

Much of the focus has meanwhile revolved around V8 Supercars’ ability to retain its existing manufacturers, with none of the incumbents currently locked in with their respective teams beyond 2016.

Holden and Nissan have both declared intentions to stay but, without concrete Gen2 rules to commit to, are yet to have programs signed off.

Ford Australia meanwhile announced its impending withdrawal at the end of last year and has so far resisted internal pressure from its dealer network to reverse the decision.

Ford’s US-based motorsport division Ford Performance has, however, left the door open to including V8 Supercars in its future plans as it weighs up the company’s global racing efforts.

Elsewhere, uncertainly has swirled over Volvo’s long-term future in the category since late last year, while Mercedes-AMG has no official relationship with Erebus Motorsport following the recent end of its customer agreement.

“I think everyone is waiting,” Warburton told Speedcafe.com of manufacturer interest in Gen2.

“There’s lots of conversations both at V8 Supercars level and at teams level with manufacturers at varying degrees.

“Some are state based, some are dealer based and some are obviously head office.

“We’ve talked specifically about maintaining existing brands and opening the door for the possibility of new brands as well.

“But I think we need to roll it (the Gen2 guidelines) out and have all the discussions with something meatier on the table.

“I’ve got no doubt that we will attract one if not more new manufacturers, but it’s too early to say if that’s for 2017.”

Warburton is adamant that the manufacturer representation will, at a minimum, continue at current levels.

The category has been particularly bullish on Ford’s position, enthusiastically spruiking the potential for the manufacturer to return with a Mustang under the new rules.

“I’m confident that we will have five manufacturers represented at a minimum in 2017,” said Warburton.

“I’m also confident that a team or teams will want to continue to run the Ford product and there’s already been some discussions around that.”

Prodrive and DJR Team Penske are the only two teams currently campaigning Fords in V8 Supercars.

The latter’s American arm enjoys a strong relationship with the manufacturer thanks to its NASCAR program and has continually stressed its desire to extend that association in Australia.