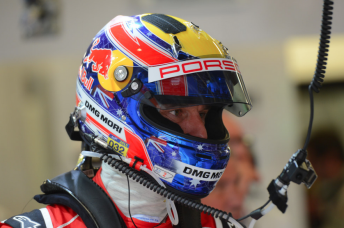 Mark Webber says there’s little his #17 crew would do differently if given the chance to run the weekend’s Le Mans 24 Hours again, despite being trumped by their unheralded sister car.

The Webber/Brendon Hartley/Timo Bernhard Porsche finished second to the Nico Hulkenberg/Earl Bamber/Nick Tandy driven #19 car, which was an additional entry for Spa and Le Mans only.

While recent LMP1 battles at La Sarthe have seen a number of dramatic twists through the closing stages, the weekend’s race was surprisingly devoid of any setbacks for the top two Porsches.

The three LMP1 rookies in the #19 entry had emerged from the night time running with a lap advantage over the #17 which proved impossible to reel in over the remainder of the race.

Downplaying the impact of a 60 second penalty incurred when Hartley infringed in a ‘Slow Zone’ in the sixth hour, Webber says his team-mates were rewarded for taking a brash approach.

“During the night the #19 car had five, six or seven hours where they really lit it up and pulled a gap on everyone and that was a gap that no one could get back in the end,” said Webber.

“It (the track conditions) was very sensitive and I think that the cars, they can really give the drivers confidence in certain ways. 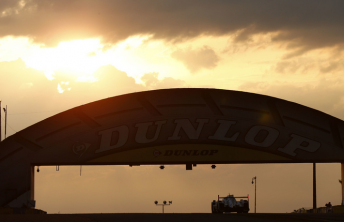 “All three guys (in the #19) I think had a lot of confidence in the front of the car and that gave them good ability to run just a sniff more consistently and that was enough over that period of time.

“Tactically we could have done things a bit differently on the #17 but we probably wouldn’t do things too different because that was a one-off.

“How that race was won was a one-off in terms of intensity, pace and aggressiveness from the #19 guys.

“Naivety is bliss. It was a rookie crew, rookie car, they all did an awesome job and they pulled it off.

“They thought ‘let’s stretch the race, give it a nudge and run it on our own terms’.

“It’s something that couldn’t be peeled back and the car didn’t fail them.”

Remarkably, the third Porsche entry of Neel Jani/Roman Dumas/Marc Lieb also ran through the 24 Hours without a single drivetrain issue.

The trio however finished four laps down in fifth after identical mistakes at the end of the Mulsanne for Jani and Dumas during the night required front bodywork changes.

Although falling short of adding his own name to the list of winners, Webber paid tribute to the team effort that led to a one-two in just Porsche’s second Le Mans since its return.

“It’s a really, really hard race to do well at, it doesn’t matter how well prepared you are,” he said.

“It’s a special result beyond our wildest dreams with what Porsche have done in such a short period of time.

“They’ve turned up, actually told people what they’re going to do, ‘this is how our technology is, this is how awesome we are and we’re going to deliver’. And they have.”