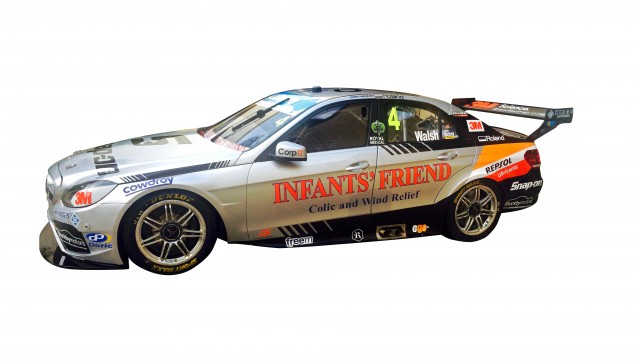 Erebus Motorsport has unveiled an updated livery for Ash Walsh ahead of this weekend’s Darwin Super Sprint.

The branding replaces that of the Starlight Children’s Foundation, which had adorned the bonnet and doors at Winton and Barbagallo.

Walsh heads into Hidden Valley lying 24th in the V8 Supercars Championship standings with two top 15 results from the 12 races this season.

“It’s great to have the support of Infants’ Friend and Snap-On Tools for Darwin,” said Walsh.

“I can’t wait to get back on track after having a long break between race meetings.

“I feel like we took some steps forward at Winton and the consistent pace that Will (Davison) has shown at the past three meetings in Tasmania, Perth and Winton has given me a real boost.’’

As reported this morning, Walsh’s car will be engineered by Campbell Little from Darwin onward while Wes McDougall recovers from recent surgery.