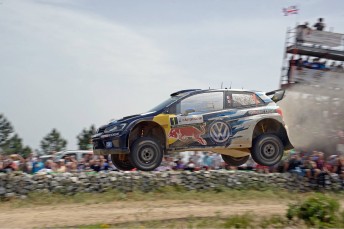 Sébastien Ogier claimed his fourth victory of the World Rally Championship season at Rally Italia Sardegna, but a second place finish for Hayden Paddon put the Kiwi in the limelight.

The Frenchman extended his points lead by winning the four-day rough road event by 3min 05.4sec in a Volkswagen Polo R. Long-time leader, Paddon, secured his and New Zealand’s best result in a Hyundai i20.

Paddon claimed his fourth stage win of the weekend in the morning’s opening stage. The Kiwi led the rally from the start of Friday’s action and only relinquished the top position on Saturday afternoon’s loop.

“To finish on the podium is an absolutely amazing feeling. Words can’t really do justice to how I’m feeling right now,”said Paddon.

“We had a strong weekend from the start but we just tried to take each stage as it came without looking too much at the timesheets. We knew it would get tougher once we lost the start position advantage so the fact we could hold our own against the World Champion was just fantastic. 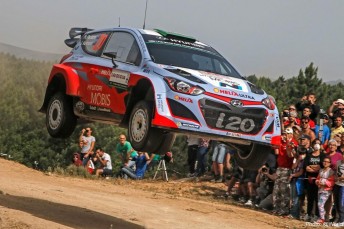 Paddon was the star of the event

“We had our issues on Saturday afternoon, and thought that was the rally over, but thankfully we pushed on through, kept digging deep and made it through the Sunday in a comfortable second.

“Considering our buffer to Thierry in third, we took today very easily, not taking any risks and we have a debut podium as a reward. It’s been great to have such support from back home and I’m sorry they’ve had some late nights. I hope it’s been as worthwhile for them as it has been for us. We couldn’t have done this without the team, so my thanks to everyone at Hyundai Motorsport, too.

“Let’s hope this is the start of more results to come.”

Thierry Neuville took the final podium place in another i20. The Belgian was 4min 22.5sec behind Ogier after demoting Mads Østberg in the final morning.