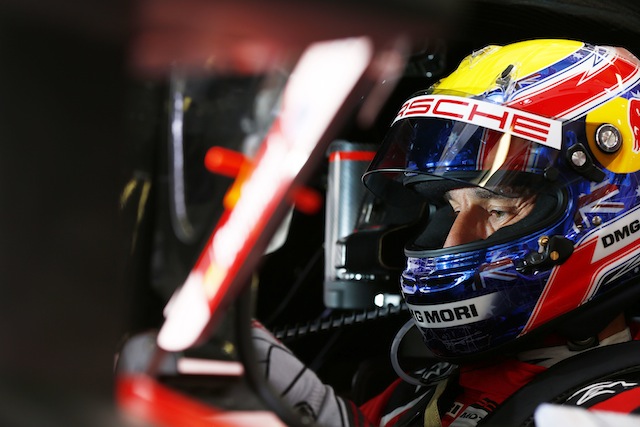 Porsche stars Mark Webber and Brendon Hartley are preparing for trench warfare against Audi’s proven winning formula ahead of the 83rd running of the Le Mans 24 Hour.

The Porsche 919 Hybrid crew have admitted that the huge gap in qualifying which saw Audi left well adrift on single lap pace will not correlate in the race.

German Timo Bernhard, who put the #17 Porsche second on the grid behind the #18 stablemate, will start the race (scheduled for 3pm local French time), Webber confirmed.

Kiwi Brendon Hartley will do the second stint with Webber next in the driver change order.

It will be only the second time Webber has made the start line at Le Mans but it will be the much younger Hartley’s fourth start in the twice-around-the-clock marathon.

Providing strategy plays out, Porsche plans for each of its drivers to complete a respective tyre stint.

Tyre life along with technical issues remain the unanswered questions as to whether the 919 can become the marque’s 17th outright Le Mans winner.

Webber will be strapped in for the morning warm-up and feels more at ease with the 13.6km circuit than ever before.

However he is also acutely aware of the perils that lay ahead in a race where the entire playlist of motor racing’s variables can cripple a potential winning plan.

“I’m more relaxed on the personal front. The distance is still daunting for all of us no matter who it is,” Webber said.

“None of us think we will just blow this part and win. It just takes one thing (to go wrong). There’s landmines everywhere in this race.”

The Webber/Hartley/Bernhard partnership has consolidated over the last few days with each driver reminded of their responsibilities in what has fashioned into a tightly knit unit.

However their confidence to transform their race-leading speed in last year’s Le Mans 24 Hour and the past few WEC races remains restrained.

“I don’t think Audi had a proper qualy to be honest,” Webber told Speedcafe.com

“We teed Neel (pole-sitter Jani) and Timo up for one attempt.

“If you get the Porsche Curves clear you can roll a lap time. We got the clean laps.

“Obviously we got the front row and if you can grab it with little exposure on the equipment so we’ve got that in the bank.

“But we all know that it will be much tighter in the race.

“It’s not going to be a three or four second gap in the race.

“I’m certainly more experienced around this place. There’s certainly a lot of tricks to it.

“The practice sessions have been good for me the last few days to get into a better slot around this place.

“(But) we have a tough neighbour in Audi who are an incredible well oiled machine.”

Hartley concurs with Webber in observing Audi did not complete one lap qualifying runs, instead opting for race preparation.

“We didn’t see them (Audi) really one go out for one lap qualifying runs,” Hartley told Speedcafe.com

“We did one run at the beginning of Q1 and then we had to focus on the race because we were so limited on dry running.

“We had a lot of information we had to get.

“It’s qualifying and everyone tries to put a banker in at some point.”