Jack Miller: We need to pull the finger out

Jack Miller: We need to pull the finger out 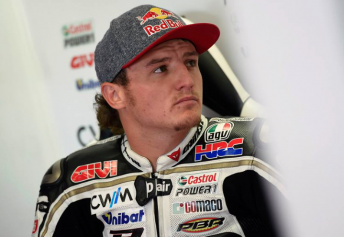 Jack Miller eager to arrest his form in Barcelona

After back-to-back retirements Jack Miller says the pressure is on to deliver a strong result at this weekend’s MotoGP Grand Prix of Catalunya.

The 20-year-old Australian’s promising start to life in the premier class has come to a halt in recent weeks after retirements at Le Mans and Mugello.

Miller, who has scored points in two races this season, had also been running strongly at the Spanish Grand Prix in Jerez last month before a mistake resulted in a 20th place finish.

Having witnessed his form slide, Miller is eager to issue a response at the Circuit de Catalunya, a venue he regards as his second home race due to its proximity to his European base.

“I look forward to this race as a kind of second home GP after the race in Australia, with my European home being just down the road,” said Miller, who is lying 19th in the championship standings.

“I have always had a good feeling with this track and I’m looking forward to doing a good job here this weekend.

“The last two races we have looked quite strong through practice and then really struggled in the race, so we just have to make it happen here.

“Without a doubt we need to pull the finger out, and I can’t think of a better place to do that than here at the Catalunya circuit, with a track I like a lot. Let’s see what happens.”

Miller has finished no higher than fourth in three visits to Barcelona’s Catalunya circuit during his time in the junior classes.