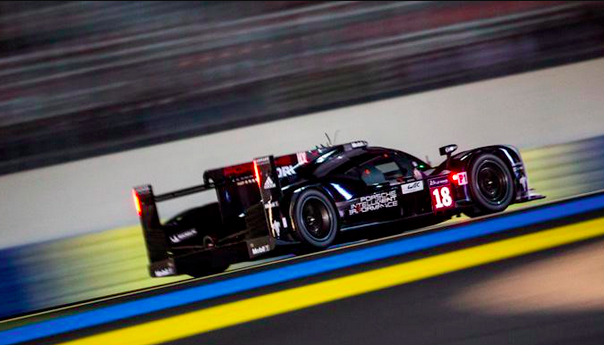 Just as he did last year, Jani trumped the two-hour Wednesday night qualifying as the leading pace rocketted by more than 4s on the corresponding session in 2014.

Jani, sharing the #18 with Marc Lieb and Romain Dumas, obliterated the previous qualifying record by just under two seconds with his 3:16.88s best around the 13.6km circuit.

Timo Bernhard had previously bettered the 2009 qualifying record with a 3:17.76s in the #17 Porsche he will share with Mark Webber and Brendon Hartley.

Bernhard would hang on to second spot with the #19 Porsche of Nick Tandy registering a 3:19.29s best in third.

“You’ve got to have a great deal of respect for the drivers if you look at these lap times,” said Fritz Enzinger, the vice president of Porsche’s LMP1 operation.

“Today was a great team effort and a nice first step into Le Mans 2015, but it isn’t anything more than this yet.

“The entire team has to cope with huge expectations and managed that. I especially want to thank them for that. Tomorrow we will see how the track conditions develop.” 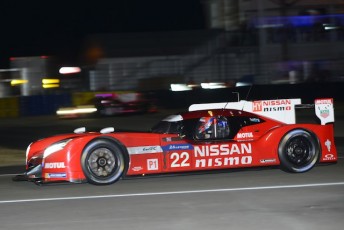 Harry Tincknell helped move the #22 Nissan he is sharing with Michael Krumm and Alex Buncombe up to 21st late in qualifying. pic: PSP Images

Audi was left reeling at the power of Porsche with the #8 R18 e-tron quattro of Loic Duval fourth, followed by the four-ringed stablemates of the #9 in fifth and the #7 in sixth.

Toyota saw its #2 TS040 Hybrid finish seventh fastest with Stephane Sarrazin at the wheel but a long way off Porsche’s mesmerising pace.

The world champion #1 TS040 of Anthony Davidson, Sebastien Buemi and Kazuki Nakajima was left well out of the equation in eighth, the best part of 7s behind the quickest Porsche.

Nissan had what it would describe as a decent maiden qualifying run with its trio of GT-R LM NISMOs as it concentrated on cycling its drivers through the necessary amount of laps at nightfall.

The leader of the Nissan group was Jann Mardenborough in the #23 which was 12th fastest.

Mardenborough says the GT-R is sharpening with each session as Nissan has arrived at the toughest motor race in the world without a previous single competitive WEC start for the front-engine, front-drive machines.

“The car feels more and more sorted with each run and there are still a lot of things we can do to improve it, such as dropping the front ride height to work better with the aero tunnels,” Mardenborough said. 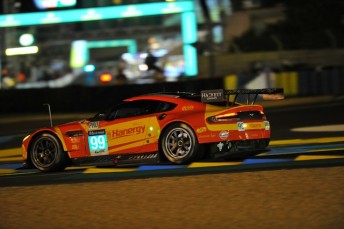 Richard Bradley led the way in LMP2 with the Hong Kong-based KCMG entry clocking 3:38.03s to be 11th overall.

Nissan GT Academy winner Gaetan Paletou received a nasty scare when he crashed the #41 Greaves Gibson Nissan heavily at the Mulsanne Corner which would out the red flag at the midpoint of qualifying.

It forced the session into a lengthy delay before it was waved green again with just over 30 minutes remaining before the strict midnight finish.

Kiwi Richie Stanaway helped Aston Martin to the best GTE Pro time in the #99 Vantage while Pedro Lamy saw the #98 lead the Am class.

Webber had earlier topped the times in the four-hour practice session that was interspersed with wet running.

With weather unstable in the Le Mans area the scintillating pace Porsche displayed may yet not be surpassed for final qualifying which finishes at midnight Thursday (local time).