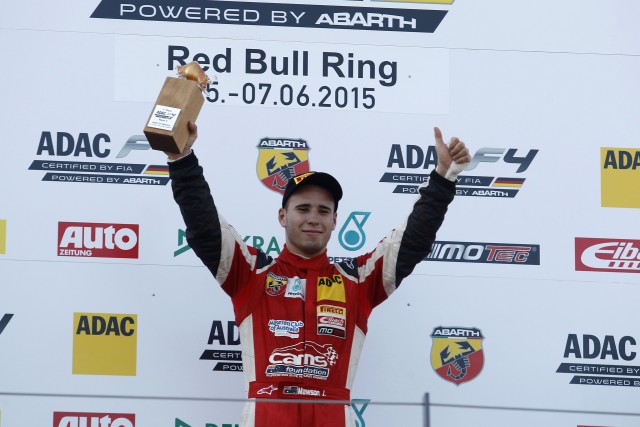 The 19-year-old Australian made no mistakes from pole position to emerge victorious in a final race littered with incidents.

Officials red flagged the heat with seven laps in the books after two multiple car accidents in the opening laps.

The race eventually resumed after being restarted under the Safety Car.

Mawson refused to buckle under pressure from Janneau Esmeijer to take the chequered flag.

The victory saw Mawson end his weekend on a positive note following a retirement in Race 2 and a 10th place finish in the opening contest.

Mawson dedicated the win to his high profile Van Amersfoort team-mate Mick Schumacher, who was sidelined from the final race, after fracturing his hand after a crash in the second heat.

“My first race win in the ADAC Formula 4 – incredible. This victory is for my team-mate Mick. I hope he makes a speedy recovery,” said Mawson.

The championship heads to Spa-Francorchamps on June 19-21. 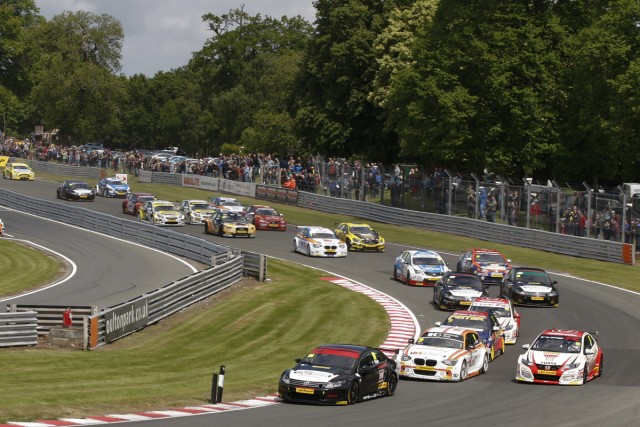 Jason Plato assumed the lead in the British Touring Car Championship after recording a double triumph at Oulton Park.

The Team BMR driver converted his pole position into the lead after fending off the advances of Honda’s Matt Neal and West Surrey Racing’s Andy Priaulx.

Plato soon settled into a rhythm as he marched to victory in a race, which was cut short due to a nasty crash involving Stewart Lines.

Neal came home in second with Priaulx third ahead of Andrew Jordan and Gordon Shedden.

Plato was made to work harder for his win in Race 2 as he faced sustained pressure from the Honda of Shedden.

Shedden made contact with Plato as he searched for an opening but he was unable to prevent the two-time champion from taking the chequered flag.

Jordan claimed the final place on the podium with Neal a distant fourth.

The West Surrey Racing driver held third spot in the early stages behind leader Adam Morgan, who was chased by Neal.

However, Neal assumed the lead after Morgan was handed a penalty for a jump start.

A string of fast laps saw Tordoff reel in Neal before he completed a move on the Honda driver at Lodge corner to set up the victory.

Plato leads Shedden by three points as the championship heads to Croft on June 27-28. 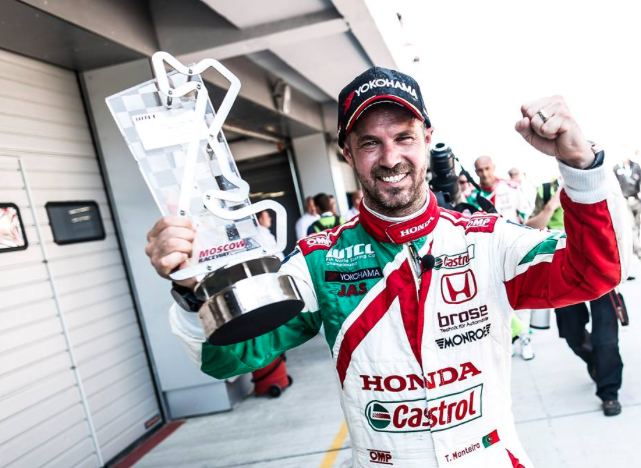 The former F1 driver converted his reverse grid pole position into a comfortable win from the Lada of Rob Huff, who clawed his way from seventh on the grid, to earn a podium at his team’s home race.

Monteiro’s Civic was joined on the podium by the privateer Honda of Norbert Michelisz, with the sister Lada of debutant Nicky Catsburg fourth.

Muller emerged as the star of the opening race as the Frenchman completed a lights-to-flag victory from pole position.

Lopez followed the Citroen home in second with the Honda of Gabriele Tarquini holding off Huff for third. 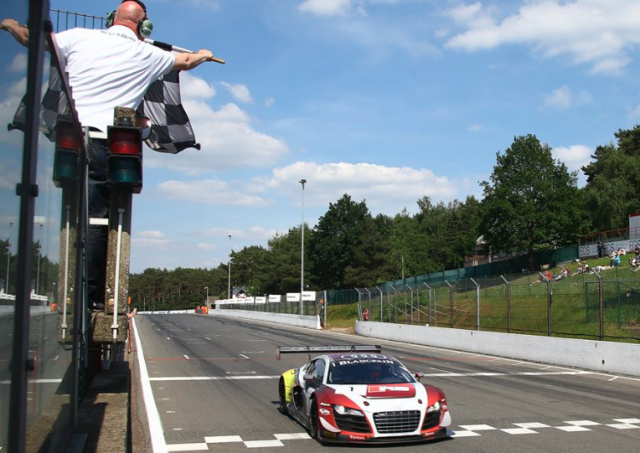 Laurens Vanthoor and Robin Frijns extended their Blancpain Sprint Series championship lead to 58 points with a double victory at Zolder.

The WRT Audi pair started the weekend with a convincing win in the qualifying race from pole position.

Vanthoor handed Frijns a nine second lead after the mandatory pit stops which the Dutch driver maintained until the chequered flag.

The Rinaldi Racing Ferrari 458 of Marco Seefried and Norbert Siedler finished 5.5s adrift in second with the HTP Bentley of Maxi Buhk and Vincent Abril third.

Vanthoor and Frijns repeated the feat in the main race as the pair took the chequered flag by 9.9s from Buhk and Abril to record a fourth consecutive win. 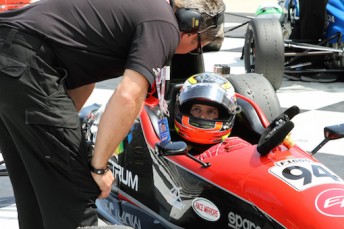 Andrews won the first two F1600 races of the weekend to extend his win streak to four straight races and his season tally to five.

In the first event, Andrews triumphed over Ben Auriemma with his Exclusive Autosport team-mate Thomas McGregor taking third for his first top three finish of 2015.

Andrews’ winning streak continued in the second heat when he dominated the 14-lap charge around VIR to again head Auriemma at the checkered flag with Andrew Hobbs completing the podium celebrations.

An early race incident forced him off onto the grass, resulting in a trip to pitlane to clean out his radiators to stop his engine from overheating.

Andrews then marched on to claim ninth place at the end of the race won by Steve Bamford.

“To have won four races in a row means a lot to me,” Andrews said.

“It’s a true testament to how hard the Exclusive Autosport team works.”

The championship moves to Mid-Ohio for the next round from July 3-5.