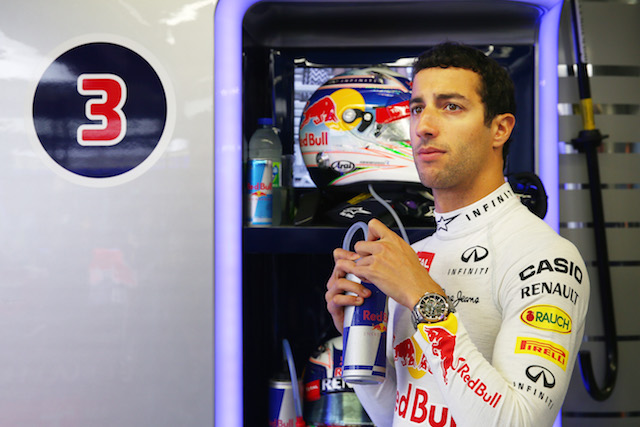 Daniel Ricciardo was at a loss to explain the reasons for his lack of pace in the Canadian Grand Prix which he described as the ‘worst’ weekend of the year.

The Western Australian struggled for outright speed at Circuit Gilles Villeneuve which saw him out performed all weekend by his Red Bull Racing team-mate Daniil Kvyat, who finished Sunday’s race in ninth.

Ricciardo limped home in 13th position a lap down at the chequered flag, with the result coming exactly a year after he scored a maiden grand prix win at the venue.

The 25-year-old was unable to pinpoint the reason for his lacklustre performance but admitted he was shocked by the magnitude of the setback suffered this weekend.

Ricciardo cut frustrated figure after qualifying 10th on Saturday, where he claimed a raft of updates had failed to improve his RB11.

“We don’t really understand what happened, I mean there wasn’t anything specific that felt wrong, but the car was just sliding around and I couldn’t get any pace out of it,” Ricciardo told Sky Sports F1.

“It is really strange as it was nearly identical to two years ago here where I was 15th for Toro Rosso and a second off the pace.

“Something is up and we need to understand what it is.

“Racing cars are very complicated and we don’t always understand them.

“Unfortunately I thought the worst had passed but this weekend has been by far the worst of the year.”

Unsure as to the extent of the issues encountered at Montreal, Ricciardo was quick to cool expectations heading into the team’s home race at the Red Bull Ring, while the squad investigates his RB11’s lack of pace.

“Looking ahead to Austria, lets not expect too much, hopefully we can figure it out before then,” added Ricciardo.

“I hope things will get better I thought we had reached the low point but today was a new one, but hopefully we can be on the way up from here.”