Hamilton bounces back with victory in Montreal

Hamilton bounces back with victory in Montreal 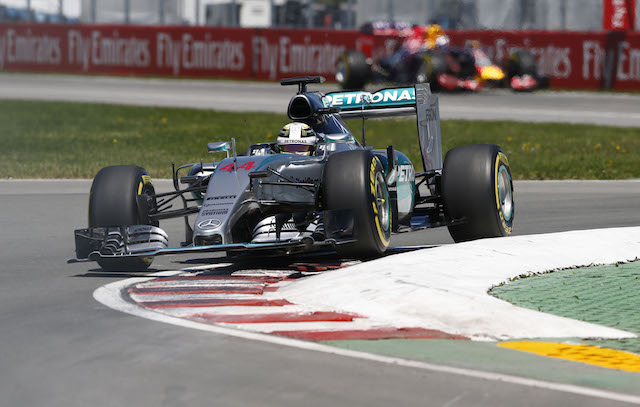 Hamilton made no mistakes from pole position as he fended off Rosberg at the start before going on to open up a gap over the German.

The Brit was unable to relax during the race with Rosberg closing on the reigning world champion at times although his pressure failed to force Hamilton into a mistake.

Hamilton remained in control throughout to score his fourth Canadian Grand Prix victory to subdue Rosberg’s recent charge in the title race by opening up a 17 point margin in the championship.

The battle for the final place on the podium provided plenty of action after a mistake from Ferrari’s Kimi Raikkonen gifted the spot to the Williams of Valtteri Bottas.

Raikkonen had held the position from the start but a spin on his out lap at the harpin allowed Bottas to jump him.

Ferrari tried to respond to the situation by bringing Raikkonen in to switch to super soft tyres.

The move saw Raikkonen close rapidly on Bottas in the final laps but the Williams driver hung on to claim his first podium of the season.

The sister Ferrari of Sebastian Vettel produced an impressive hard charging drive from the back of the grid to finish fifth, ahead of Felipe Massa, who almost mirrored the performance from 15th on the grid.

Lotus driver Pastor Maldonado scored his first points finish of the season in seventh ahead of Force India’s Nico Hulkenberg, despite the German suffering contact with Vettel as the pair disputed positions.

This came after the Frenchman was issued with a five second penalty for making contact with the Manor of Will Stevens while lapping the Brit.

After winning the race last year, Daniel Ricciardo finished outside the points in 13th spot having struggled for pace in his Red Bull.

It proved to be a weekend to forget for McLaren as both Fernando Alonso and Jenson Button retired from the race.

Alonso was left particularly disgruntled after being told to save fuel, but a loss of power ultimately ended his day prematurely.