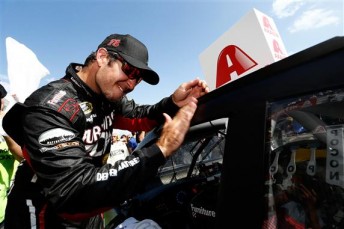 Martin Truex Jr. broke a 69-race winless streak with a dominating victory at Pocono with Australian race engineer Peter Craik in his corner.

Despite sitting second in the standings heading into the Axalta “We Paint Winners” 400, Truex Jr. had been unable to close the deal. Truex Jr. had scored 12 top-10 finishes in the races contested and now he has added a victory.

The win is the first for the single car Furniture Row since Regan Smith at Darlington in 2011 and only its second in 285 races.

The victory is the first race win for Brisbane’s Craik who after V8 Supercar stints with Britek Motorsport and Kelly Racing, he has been applying his trade in Indycars with Andretti Autosport before moving to NASCAR this year.

After leading the most laps in the previous three races, Truex Jr. was the class of the field both on the long runs and even near the finish when three cautions were waved.

On each re-start he was able to gap the field and even with defending champion and points leader Kevin Harvick hunting at the finish he was unchallenged to become the 10th different race winner of the season.

The victory was emotional for Truex Jr., who last year saw his long-time girlfriend, Sherry Pollex, battle with cancer.

“The last year and a half has been tough. This feels pretty dang good,” said a clearly emotional Truex Jr. 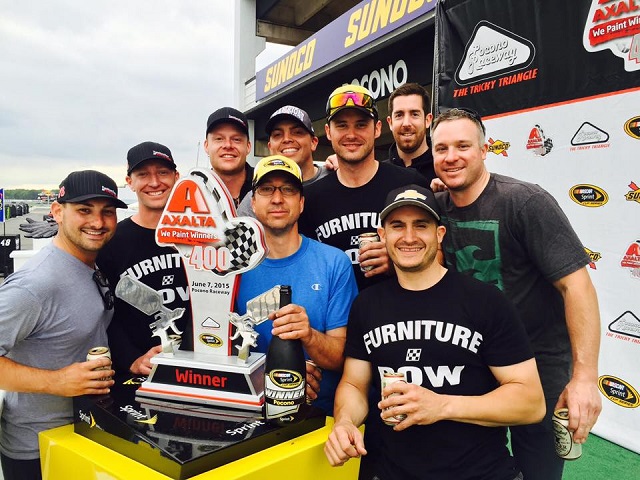 Peter Craik (Back right) celebrates with the Furniture Row team