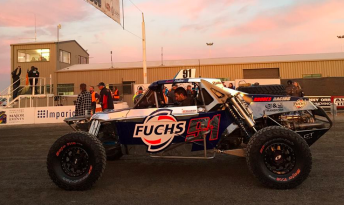 The South Australian crew of Jack Rhodes and David Pullino backed up their hot prologue form to lead into the overnight stop of the Tatts Finke Desert Race.

The pair guided the #91 PRO Class Jimco Aussie Special Nissan buggy to Finke after a 226km blast from Alice Springs in 1:47.34s. 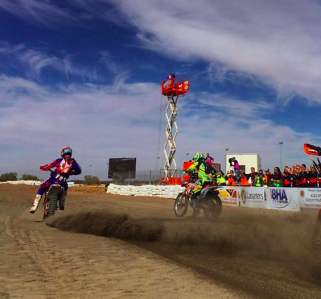 Toby Price fires away from the start

The car and buggy field is set to leave Finke tomorrow at 7.15am (local time) for the run home to Alice Springs with the first cars expected to arrive at 9.00am.