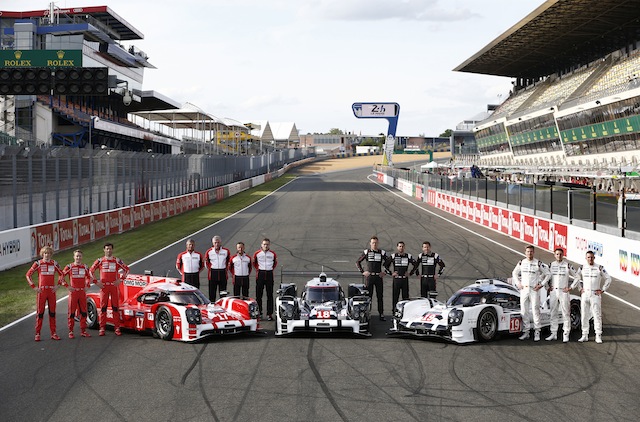 Part 2 in a five-part series previewing the LMP1 contenders ahead of next weekend’s Le Mans 24 Hour takes a look at Porsche, the most successful manufacturer in the French classic’s history.

Making a return to the outright class last year, Porsche has cleverly engineered one of the most advanced hybrid systems in the WEC with a battery capable of storage and unleashing copious amounts of power.

The prodigious pace of the 919 Hybrids is without question and although Porsche managed to hoist a win in the final round of the WEC last year in Brazil, its progress has been stymied with reliability issues.

With manufacturing relative Audi looming close on the horizon to the Zuffenhausen maker’s record of 16 outright Le Mans 24 Hour victories, Porsche has massaged its 919 operation into a formidable candidate.

Porsche ran deep into the race last year as a likely winner before succumbing to technical issues.

Speedcafe.com editor-in-chief Gordon Lomas takes a look at how Porsche’s trio of 919 Hybrids shape up this time around. 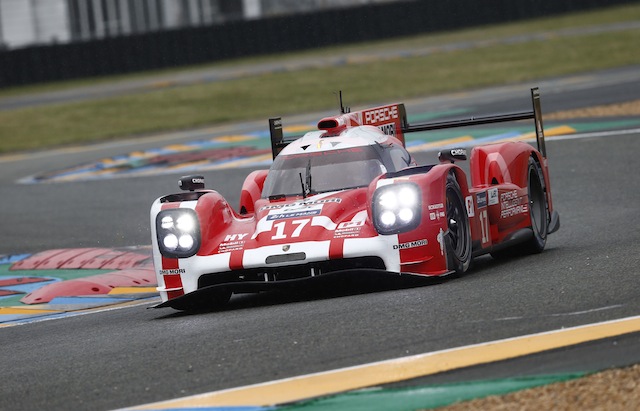 Chasing its 17th outright win, Porsche has seen its progress in hybrid development enable it to move into the highest energy class, 8 mega joules.

The pace of the 919s is unquestioned, solidified by the fact that it set the reference point around the 13.6km Le Mans circuit in both sessions on the official test day last weekend.

However reliability has been a sticking point with the 919 program that has prevented it from recording more wins than its solitary success to date in the 2014 season-ending Interlagos 6 Hour through Romain Dumas, Neel Jani and Marc Lieb.

Graduating to the highest energy class, Porsche is closing in on a successful return to the top step of the podium with the clever 2 litre, 90 degree banked four cylinder turbocharged engines propelling the 919s in tandem with the front-drive electrical motor.

Now into the second year of its outright comeback, Porsche remains in far better shape to record the first overall victory at Le Mans since the 911 GT1 driven by Laurent Aiello, Allan McNish and Stephane Ortelli in 1998.

A third string to its bow in the form of the #19 for F1 driver Hulkenberg, the sublimely gifted Kiwi Bamber and Tandy may well prove a vital component in Porsche’s 2015 arsenal. 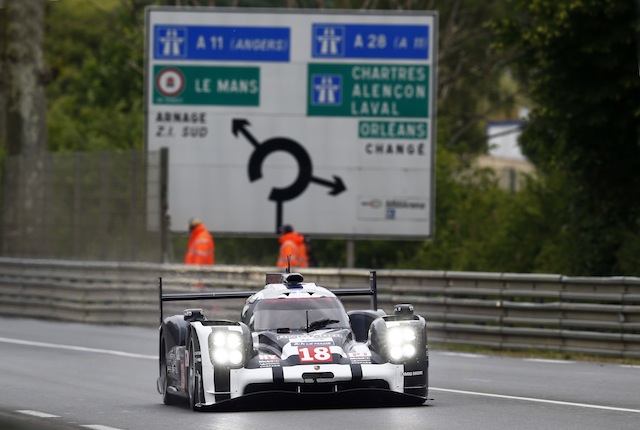 Porsche notes: The past has seen the 919s demonstrably tough on tyre wear and coupled with reliability problems, the machines would otherwise have seen more than just one solitary win. 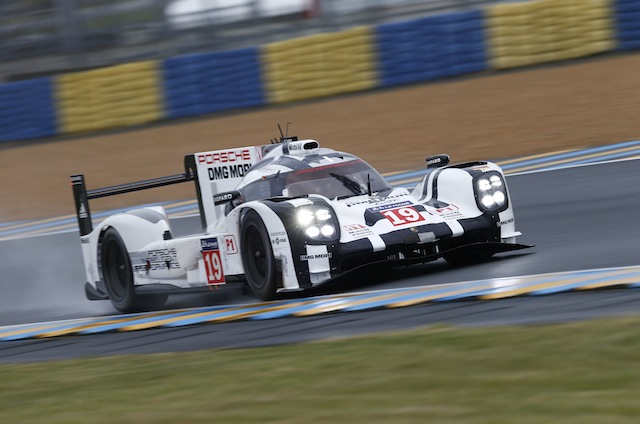