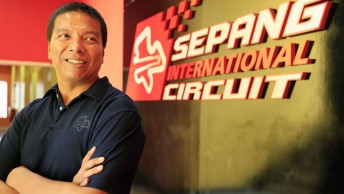 KL City Grand Prix promoters will utilise the experience of the nearby Sepang International Circuit to run their new street race.

The SIC is just 45km south of Kuala Lumpur, hosting a variety of international events including Formula 1 and MotoGP since it opened in 1999.

Led by Datuk Razlan, the SIC management team adds significant expertise to the KL City project, which is a partnership between local start-up promoter GT Global and the KL City Hall.

This August’s first KL City GP is being described as a ‘test bed’ for the event, with its success vital for the subsequent four years of the agreement to proceed.

The V8 Supercars will undertake a five-car demonstration this year, prior to a full championship round from 2016.

“Who else from Malaysia? Sepang has run an F1 event for the last 17 years and every other event that has taken place at Sepang. 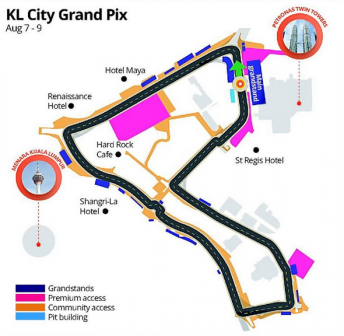 “Datuk Razlan and his team have walked the (KL City) track, identified marshall points, safety points, so they are working fully on this.

“We have a formal agreement with the SIC to run this.”

“We (SIC) have the experience regarding the circuit,” said Razlan.

“Street circuit and Sepang Circuit used the same principle to build. Safety is our priority.”

The 3.2km KL street circuit design has recently been given approval by the FIA, with preliminary civil works currently taking place ahead of the August 7-9 event.

“On May 28 we got official approval for the track,” said Arrasu.

“We submitted to them (the FIA) much earlier and they came back with a lot of recommendations for safety.

“Finally we have got the approval done, which is a big thing.

“Tim Schenken has been appointed as the track inspector and will be here next week to walk the track, working with (circuit project manager) Simon Gardini.”

Work on bedding down details of the inaugural event’s flagship category, dubbed the GT City Cup, is also ongoing.

Arrasu stressed that the class will be GT Global’s own category and not the existing GT Asia, which features a strong grid of GT3 machinery.

“It is our own homegrown race,” he said.

“We have come up with the regulations, they are already filed with the local ASN for approval and I understand it’s ok.

“Once we get the formal approval we will launch this also. This will be our flagship event for the KL City Grand Prix.”