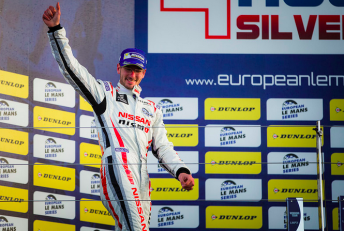 Gaetan Paletou, whose experience with racing cars was limited to arcade games 10 months ago, is a last minute inclusion on the Le Mans 24 Hour grid.

Targetted as possessing enormous raw talent, the amazing elevation to the prototype ranks comes after his GT3 debut in Dubai earlier this year.

Paletou completed his 10 mandatory rookie laps at Le Mans in the Gibson-Nissan during the official test last weekend.

Fast-tracked under Nissan’s intensive driver development program, Paletou follows a similar path as Lucas Ordonez and Jann Mardenborough who have both landed LMP1 drivers in the radical GT-LM NISMOs. 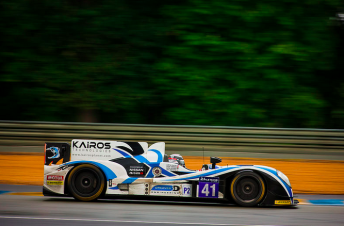 After three years of racing, Ordonez became the first GT Academy winner to race at Le Mans in 2011 while Mardenborough was two years into his track career when he received a call-up to the famous 24-hour race.

When informed of his LMP2 drive, Paletou initially thought it was a cruel prank.

“This was completely unexpected and I honestly thought that Darren (Cox Nissan’s global sales and marketing boss) was playing a trick on me, like on one of those TV shows,” Paletou said.

“I dreamt of racing at Le Mans as a child but I didn’t expect to ever race there.

“I love driving the LMP2 car and I really like the guys at Greaves so this is going to be a great experience for me.

“It is far too soon to talk about expectations, I just want to go there and do the best job I can.”

Cox had been convinced Paletou was armed with immense talent after he first drove a Ginetta LMP3 at the Silverstone 24 Hour race in April.

“We push our graduates hard via our driver development program which gets stronger and tougher every year.

“We have given Gaetan all the backing and the training he needs and he has proved to us that he is ready for Le Mans.

“Le Mans is the world’s greatest race and it happens to be in France.”

“For a Frenchman like Gaetan to make the transition from virtual-to-reality in less than a year and race at Le Mans is an incredible achievement.

“He has handled everything we have thrown at him so far so we have absolute faith in his ability to do a good job at Le Mans.”