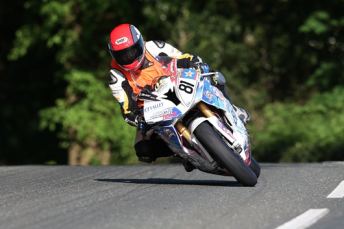 French motorcycle rider Franck Petricola has died following a crash in qualifying at the Isle of Man TT.

The 32-year-old road racing regular was making his debut at the famous event held annually on the roads of the Isle of Man.

Petricola crashed at Sulby Crossroads during qualifying, becoming the 141st fatality in the event’s 107 year history.

The event has confirmed that the Coroner of Inquests has been informed and an investigation into the circumstances of the accident is underway.

Petricola featured regularly in the International Road Racing Championship where he recorded a best finish of 11th overall in 2013.

He was due to make his Isle of Man TT debut last year before being forced to withdraw after sustaining serious injuries in a crash at the North West 200.

The Frenchman made a full recovery from his multiple injuries to compete at the Scarborough event this year in the lead up to the TT.