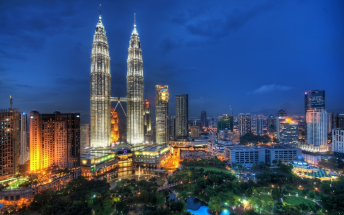 V8 Supercars has signed a heads of agreement to hold a round of the championship on the streets of Kuala Lumpur from 2016.

V8 Supercars will share billing around a 3.2km street circuit that will embrace some of the city’s famous landmarks including the Petronas Towers.

“We are absolutely delighted to begin this partnership with the KL City Grand Prix and be the first international racing series to participate at this spectacular event,” Warburton said.

“With a TV audience of hundreds of millions world-wide the KL City Grand Prix will be shining the spotlight squarely on the world’s best touring car Championship in one of the world’s greatest cities.

“Having four Championship races in Kuala Lumpur until 2019, in close reach of Australia and in a similar time zone for our fans are key ingredients.

“We would envisage that many fans would make their way to Kuala Lumpur to watch us race live on what will be one of the world’s most spectacular street tracks.” 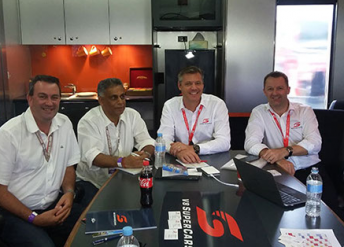 The event is being promoted by the owners of the GT Global Race SDN BHD.

According to a statement announcing the venture, the company has “aspirations to promote a series of high profile street races across the Asia Pacific region”.

“The KL City Grand Prix this year includes several hallmark international series as well our very own flagship race that will feature champion drivers from around the world, the GT City Cup,” said M Arrasu.

“We look forward to welcoming V8 Supercars fans from Australia and around the world, who will converge to keep track of their favourite V8 Supercars teams.

“You will all relish the wonderful hospitality and charm that Malaysia has to offer.”