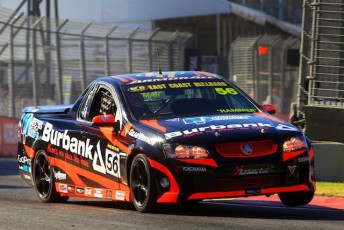 Pretty has shored up backing from Burbank Homes for the remainder of the year.

After being forced to bypass the Perth round earlier last month, Pretty will return to the wheel of the Murphy Motorsport Holden for the third round in Darwin from June 19-21.

“I don’t have to worry about gathering points, we’ll just be concentrating on doing our best job to thank Burbank Homes and all of the other guys that have helped me get back on the grid again,” Pretty said who occupies 20th position in the category standings.

After a long career as a V8 Supercar endurance driver, Pretty stepped into V8 Ute Racing in 2010, a year ahead of running full-time.

Ryal Harris leads the V8 Utes Series on 291 points ahead of Auto One driver Adam Marjoram on 263.