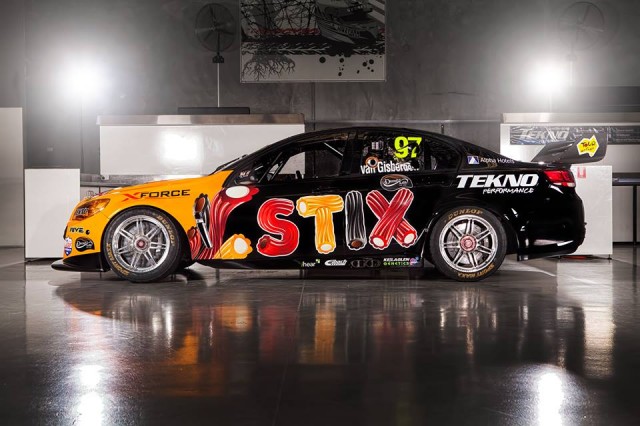 Darrell Lea owner Tony Quinn says his company is yet to decide whether it will continue as a sponsor at Tekno Autosports once Shane van Gisbergen departs at year’s end.

The Kiwi’s entry was backed by sister company VIP Petfoods for two seasons before switching to Darrell Lea branding this year.

This week Quinn completed the sale of the VIP Petfoods business to Quadrant Private Equity for a reported fee of $410 million.

Quinn is expected to reinvest a portion of the funds back into VIP in order to retain a minority stake, but will place his day-to-day focus on the management of Darrell Lea.

“I think VIP Petfoods has done enough with the V8s, but Darrell Lea is still there and still has a lot of things to do,” Quinn told Speedcafe.com.

“Tekno, no matter who they attract, is going to have to get a driver that will represent Tekno in a similar way Shane van Gisbergen has, and that is not going to be easy for them.

“We are absolutely committed until the end of this year and if there is a good option for next year then yes (we would continue).

“With Darrell Lea we had to spend the first year fixing the business, the second year we built a new factory so we have been busy.

“Now this year we have whole heap of new products and there will be a lot of emphasis on the products we have got.”

Quinn meanwhile says he has no immediate plans to invest further in motorsport following his recent acquisition of New Zealand’s Hampton Downs circuit.

The enthusiast’s other interests currently include the Highlands Park circuit, the Australian GT Championship and the Aussie Racing Car series, as well as his own fleet of racing vehicles.

“I don’t need to invest any more (in motorsport),” he smiled.

“I’ve done my Hampton Downs thing that is going to be a pretty good facility and one of the best in New Zealand.

“My focus for the next year is going to be Hampton Downs and what we can do there. We are going to build a snazzy venue.”