The ex-Lauda BRM has recently been brought to Australia

An ex-Niki Lauda BRM that featured in the hit movie Rush headlines a list of 10 genuine Formula 1 cars set to appear at this year’s Sydney Retro Speedfest.

The BRM P160E chassis raced in nine grands prix across 1973 and 1974, it sat in the famed Donington museum until it was recently purchased by an Australian collector.

The car was driven in Rush by actors playing the roles of both Lauda and team-mate Clay Regazzoni. 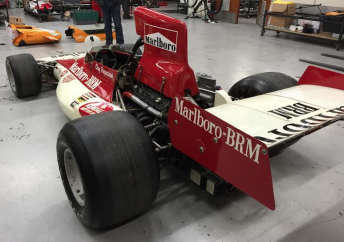 Ten F1 cars will feature at the Retro Speedfest

It was one of just four surviving P160Es, which were powered by BRM’s three-litre V12 engine, and will be on display at the Sydney Motorsport Park meeting.

The June 6-7 event will also play host to some of the Australian historic scene’s now regular F1 attractions, competing across the racing classes.

They include the ex-Alan Jones 1979 Williams FW07 of Paul Faulkner and 1985 Lola Beatrice Hart of Ian Ross.

Joe Calleja’s 1974 March 741, Les Wright’s 1986 Benetton B186 BMW and Guido Belgiorno-Nettis’ pair of 1985 Ferraris will also feature alongside a selection of Coopers and Brabhams.