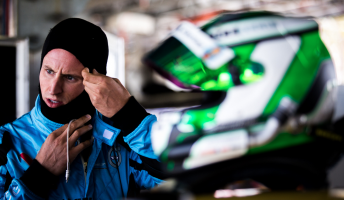 The one-off start comes two years after the Kiwi last competed in the V8 Ute wildcard at the Darwin venue, where he took pole and a race win.

Pither won the Australian V8 Ute title aboard a Holden VE in 2011 before moving into the Dunlop Series. The 28-year-old has not raced a Falcon Ute in Australia since 2007, but has subsequently achieved success with the brand in the New Zealand Ute series.

“I have loved my time driving in the V8 Ute racing series over the years and always grab the chance to jump back in when it’s presented,” he said.

“I enjoyed the Darwin event, jumping in a couple of years ago and will be chasing a good result.”

The V8 Ute wildcard was campaigned by Grant Johnson at Barbagallo and is prepared by Matt Stone Racing alongside its full-time entries for George Miedecke and Ryal Harris.

Harris currently leads the series standings by 18 points of Adam Marjoram, with Miedecke a further seven adrift in third.