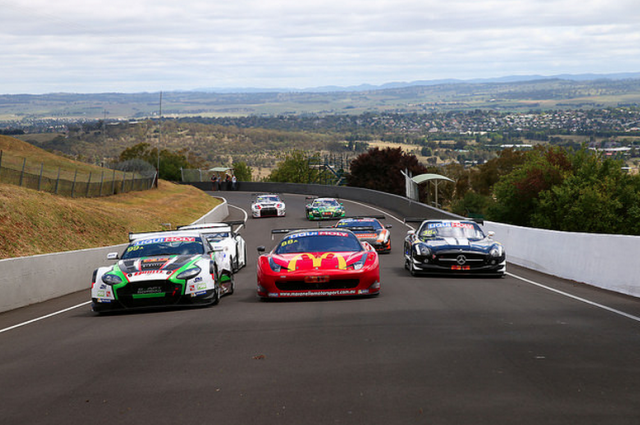 Bathurst organisers have made changes ahead of the 2016 event

Bathurst 12 Hour organisers have announced a revised driver seeding system and class structure ahead of next February’s race.

After recent controversy over the home grown seeding system for local drivers, the race will adopt the full FIA structure for 2016.

All competitors will be required to seek a Platinum, Gold, Silver or Bronze rating from the FIA before October 30, 2015.

As was the case previously, Platinum and Gold drivers will then be regarded as seeded for Bathurst, with Silver and Bronze unseeded.

Class A (GT3) will again be split into Pro-Am, which allows a maximum of two seeded drivers, and Am, where only one seeded driver is allowed.

While Class A was last year restricted to three drivers per car, 2016 will see the maximum extended back out to four.

“Recent changes within the FIA have enabled us to get any driver categorised under the FIA system,” explained event director James O’Brien.

“This change now puts the onus on the driver to get classified by the FIA and reduces the burden on the Organising Committee.

“We hope this initiative will result in a more transparent, robust and fairer system all round.”

The two-tier Class A will be joined by cars from Class B (GT3 Cup), Class C (GT4) and Class I (Invitational).

Although the Invitational Class is no longer split into production and non-production, race organisers say that all production cars eligible last year will again be invited to submit entries.

Invitational Class runners will again run to a minimum benchmark time, which will be brought down by two seconds to 2:10.

O’Brien has meanwhile confirmed that the SRO Motorsports Group’s Claude Surmont will serve as the race’s technical director.

The move continues the relationship between the event and the SRO, which includes use of the full Blancpain Endurance Series Balance of Performance.

“His international experience with GT3 machinery should ensure our technical processes are run to the same high standard that all SRO series’ operate at,” said O’Brien.

Outright entries continue to be restricted to the previous year’s homologation, rendering any 2016 cars ineligible until 2017.