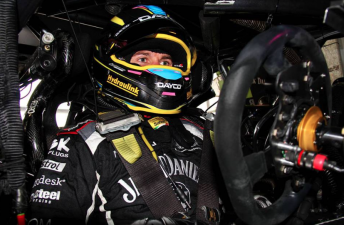 David Russell will travel to Europe after completing a deal to join Reiter Engineering for two rounds of the German ADAC GT Masters series.

The Porsche Carrera Cup regular is no stranger to the German Reiter Engineering outfit having completed tests at Hockenheim in 2011 and Spa last year.

“I have been working alongside the team at Reiter Engineering through my racing with Roger Lago for several years and it is fantastic to have been selected by this international team to compete in the two ADAC GT Masters rounds at the Red Bull Ring and at Spa this year,” said Russell, who leaves Australia on Monday.

“To be able to compete in these races against a world class field and with a co-driver of the calibre of Tomas Enge will be exciting as well as providing excellent mileage ahead of our Aussie assault on the Spa 24 Hour in July,”

The experienced GT racer will return to Australia in time for the latest round of the Porsche Carrera Cup at Townsville on July 10-12.