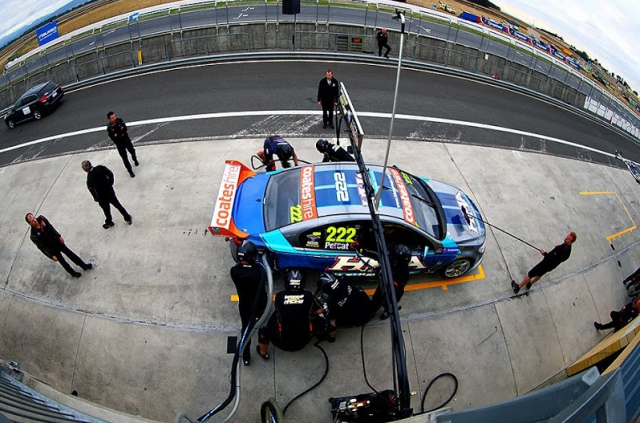 V8 Supercars is close to confirming the outcome of its latest Racing Entitlements Contract tender which will see a 26th entry return to the grid next year.

The REC handed back by James Rosenberg Racing at the end of 2014 has been the subject of the tender, for which formal bids closed last Friday.

V8 Supercars CEO James Warburton has confirmed to Speedcafe.com that bids were received by the deadline.

Although teams had originally been told to expect an outcome on the tender as soon as tomorrow (May 29), Warburton says that the process is not quite complete.

“We need to rationale the paperwork, call a Board meeting and inform some people of their plight before we announce a winner,” Warburton told Speedcafe.com.

“I’m not expecting anything out of the ordinary there, I’m just saying there are some things to do.

“(But) I’ve got no doubt that when the Board formally meets that we will have a 26th REC.

“We’ve had strong bidding interest and I’m confident that REC will transact and be back on the grid in 2016.”

Although Warburton would not be drawn on bidders, Triple Eight has been seen as the most likely to be awarded the REC following an announcement in March that it will expand to three cars.

Super Black Racing is among others to have shown interest in the REC as its entry currently runs under the second DJR Team Penske license, which is expected – but not yet confirmed – to return to its owners next year.

The grid will be capped at 26 cars in 2016 with neither the ex-Tony D’Alberto Racing nor Triple F Racing RECs, which have been parked since the end of 2013, set to be reactivated.

“We are sharing the pie (revenue) between 26 RECs and we are happy with that number for 2016. The other two will sit on the shelf.”

While Rosenberg will receive the revenue from the winning bid on his REC, the TDR and Triple F licenses were absorbed by V8 Supercars last year when they failed to attract bids at tender.

Legal action launched by Triple F in the wake of that process is understood to remain ongoing.