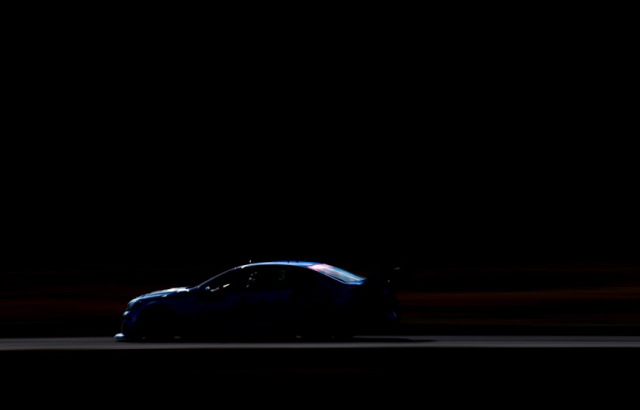 V8 Supercars teams will soon have their hands on draft technical guidelines for the category’s Gen2 rule package.

Teams and manufacturers have been eagerly awaiting details of the plan following last December’s announcement that the category will welcome two-door body shapes and non-V8 engines.

V8 Supercars’ technical department has been charged with developing the regulations to date, rather than involving its team-influenced Commission and Technical Advisory Panel.

Manufacturers have grown particularly eager to see detail of the plans in order to make decisions on their future, with none of the incumbents currently committed beyond 2016.

“We’ll be releasing all the details in the homologation paper in line with our timeframe of the end of June,” V8 Supercars CEO James Warburton told Speedcafe.com.

“We’re obviously reviewing drafts and going through some formal processes within the business and will release the detail from there.”

Speedcafe.com has verified newspaper reports this week that V8 Supercars is planning a demonstration of a new generation engine at October’s Supercheap Auto Bathurst 1000. 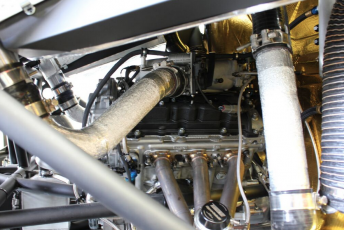 V8 Supercars’ appointed category engine manager Craig Hasted is said to have been evaluating V6 turbos at his Brisbane facility as part of the effort to produce firm technical guidelines.

Reports that V8 Supercars will demonstrate an 850bhp engine appear, however, to be wide of the mark, with confusion having surrounded a separate Hasted project earlier this year.

While V8 Supercars is unlikely to present an engine in such a high state of tune, the work will undoubtedly have helped the category’s understanding of the turbo technology.

Its control ECU supplier Motec was also heavily involved in the development of Quinn’s Nissan motor, which is claimed to produce its 850bhp at 7,100rpm.

V8 Supercars is meanwhile aiming for any of its new engines to be able to achieve parity with the current V8s, which produce peak figures of approximately 650bhp and will continue to provide the backbone of the class in 2017.

The Bathurst launch plan is scheduled to utilise one of the existing V8 Supercars Car of the Future prototype chassis, leaving many expecting the demo engine to be a General Motors powerplant.

Like Nissan, General Motors also has a V6 turbo homologated for FIA GT3 competition, where it competes in a Cadillac body.

V8 Supercars has meanwhile been computer modelling the fitment of various Gen2 body shapes onto the basic control chassis, which will remain unchanged from the current era.

Achieving parity between coupes and sedans looms as a major challenge for the championship, which has worked hard to refine its aerodynamic homologation process over recent years.

The body element of the Gen2 program has been undertaken with input from Tekno Autosports’ manager Steve Hallam, who has a wealth of global motorsport experience in categories including Formula 1 and NASCAR.

“What we’ve looked at are models that would be suitable and then grading them from very suitable to maybe,” V8 Supercars technical director David Stuart told this week’s Inside Supercars podcast.

“We’ve been working in CAD on body placement and the like.

“Once we know what the interest is and who wants to come into the category we can get the placements finite and we can start the consultation process on that homologation team and manufacturer.

“Then we look at how we can parity that prior to the point where we have to do it.”

Although there has been little public declaration of interest in Gen2 from manufacturers outside the current players, V8 Supercars is hopeful that the release of the regulations will trigger more formal talks.

Stuart is also confident that the June release of guidelines will leave manufacturers with enough time to prepare a new entry for 2017, if any choose to do so.

“I think that given a mid-year technical specification release, the process starts with the negotiation of manufacturers to teams and then V8 Supercars with the teams,” continued Stuart.

“We’re a long way down the road ourselves on being able to provide all the details of the packaging for various engines.

“(But) there’s still some technical detail to work out because we still need to be able to keep our current cars as competitive as they are with anything new that’s coming in.”