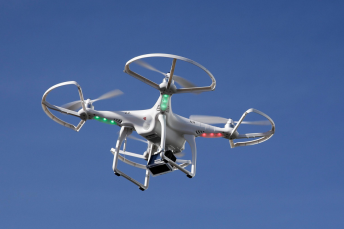 An example of a camera drone

CAMS has warned against the unauthorised use of ‘unmanned aircraft’ at motorsport events amid concerns over safety and privacy.

Unmanned aerial vehicles (UAVs) or ‘drones’ are proving increasingly popular for filming at racing events, providing unique aerial views at a fraction of the cost of a helicopter.

The small, battery powered drones are radio controlled, with the operator typically able to view live images beamed back to a simple hand-held tablet.

One such drone, being used under permit for the Shannons Nationals television coverage, crashed into a gravel trap during a Carrera Cup race at Phillip Island at the weekend. 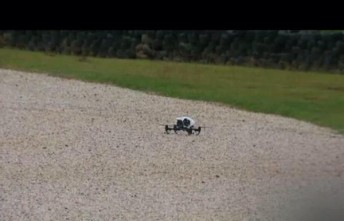 The drone in the gravel trap during the Carrera Cup. pic: Shannons Nationals TV

CAMS says it is currently drafting regulations to cover the use of drones, which must also comply with Civil Aviation Safety Authority laws.

“The use of UAV’s poses a number of safety and privacy risks which need to be managed,” said CAMS via a statement.

“CAMS is currently in the process of drafting regulations to allow for their use in accordance with certain rules and regulations which will deal with those issues.”

The governing body warns that “unless specifically permitted by CAMS, UAV’s are not permitted to be used at a CAMS event and CAMS insurance does not cover any loss or damage which results from their use”.