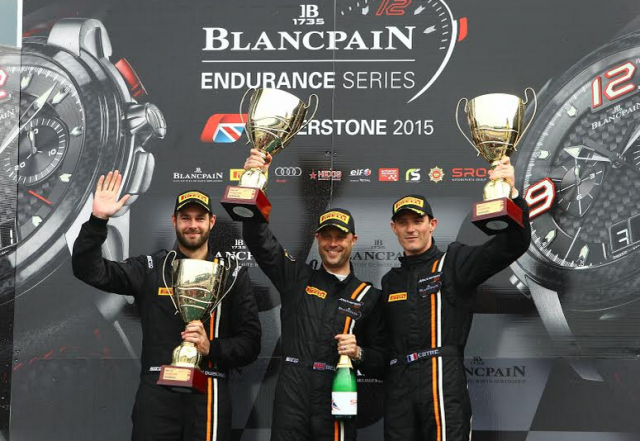 From left: Van Gisbergen, Bell and Estre on the podium

Shane van Gisbergen has won in just his second outing as a factory McLaren driver, helping Von Ryan Racing to victory in the Blancpain Endurance Series at Silverstone.

After an uncompetitive showing for the team at Monza’s opening round, the squad used a combination of strong pace and strategy to outplay their opponents in the three hour contest.

The team set-up the win with an early first pitstop; Rob Bell handing over to Van Gisbergen under yellow just 45 minutes in.

The Kiwi V8 Supercars star then did the bulk of the race, maintaining a healthy lead while saving fuel until pitting for Kevin Estre with just over an hour to go.

Estre eventually took the flag 23s ahead of Laurens Vanthoor’s WRT Audi, which had charged into second during the closing stages.

The Marco Bonanomi driven ISR Audi had appeared as Estre’s closest threat after the second stops, but eventually fell behind WRT pair Vanthoor and Stephane Ortelli to finish fourth.

The Nissan co-driven by Sean Walkinshaw – brother of Holden Racing Team owner Ryan – finished fifth after joining the ISR Audi in benefitting from making its final stop under yellow.

The win for Van Gisbergen meanwhile comes in just his third career BES start, having debuted in last year’s 24 Hours of Spa.

“The team made a great tactical choice,” surmised Van Gisbergen.

“We knew we could do it, but it was still tough to save fuel and still keep a good lap time.

“I had a good run through the traffic, and did as many laps as possible.

“It is pretty exciting to win my first win in Europe and I already received the congratulations of my dad in New Zealand, even though it is 4 am over there.”

The BES will continue without Van Gisbergen at Paul Ricard, France on June 19-20, when the Kiwi will be racing his Tekno Holden at Hidden Valley. 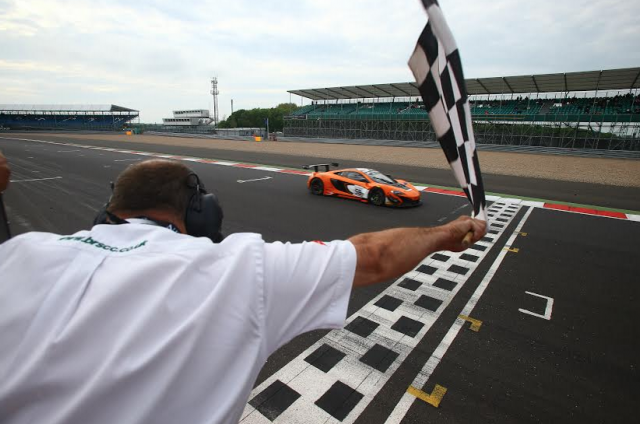 Estre taking the flag at the end of three hours