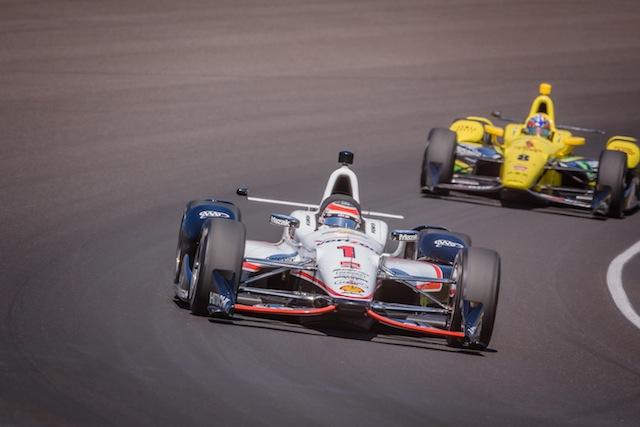 Team Penske star Will Power has completed the perfect build-up for the Indianapolis 500 by setting the fastest speed during the final practice runs on Carb day.

The IndyCar Series reigning champion set a best lap pace of 368.57km/h in the hour-long session at the 4km super speedway.

In a reversal of the top two positions of the starting grid, Chip Ganassi Racing driver Scott Dixon was second fastest with a speed of 367.87km/h.

Dixon’s fellow Ganassi driver Tony Kanaan, like the Kiwi who is another former Indy 500 winner, was third fastest in 367.71km/h.

Team Penske’s Simon Pagenaud, who will start on the front row in third, was fourth fastest in a session which ran smoothly.

Power said preparations for the 200-lap race involved final adjustments as the most successful squad in Indy 500 history set its game plan.

“There’s quite a few good cars out there that are going to make their way to the front. I think our plan is just to try to stay up there all day,” Power said.

“In this session, you’re pretty well set with what you’re going to run.

“It’s just making some tweaks here and there and practicing pit stops.”

James Davison was 11th fastest in an encouraging sign as he prepares for his one-off drive in the #19 Dale Coyne entry.

Last minute stand-in Tristan Vautier was 18th in the order in the Dale Coyne entry after it was confirmed by IndyCar that regular driver Carlos Huertas failed a medical clearance after being diagnosed with a middle ear infection. 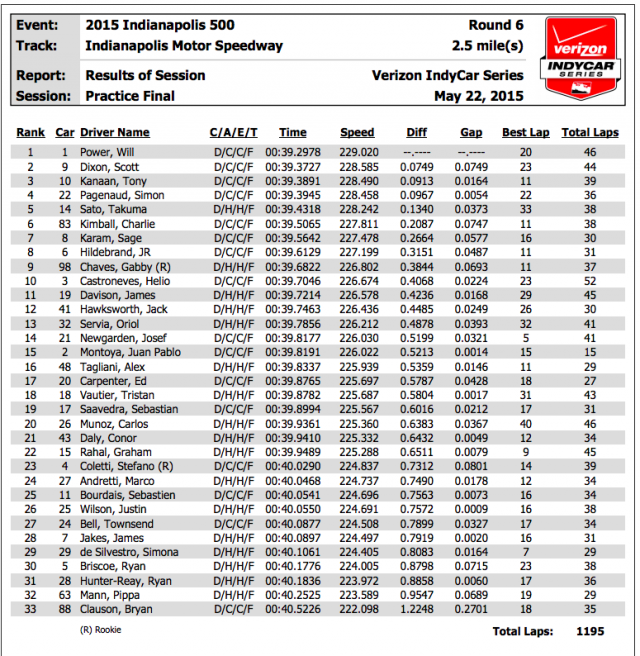