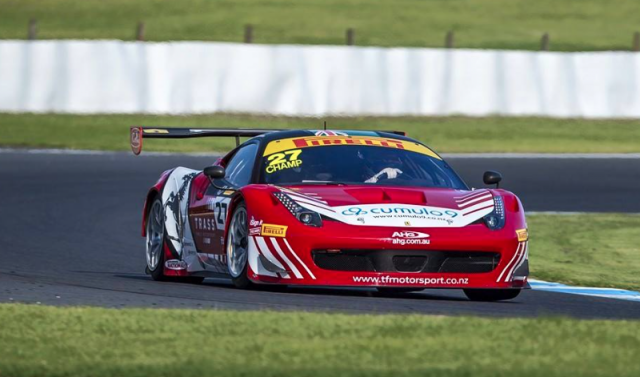 The second row is completed by the Aston Martin Vantage of Andrew Taplin and Dean Canto.

The Skwirk Audi R8 of Rod Salmon and championship leader Natahn Antunes will line up in seventh just seven hundredths adrift of the McLaren.

The Vicious Rumour Racing Ferrari 458 driven by Andrea Montermini and Tony DeFelice and the #3 Motor School Ginetta failed to set an average lap in qualifying.

A live stream of the race can be viewed on Speedcafe.com here.