Van Giz to weigh up GT commitments for 2016

Van Giz to weigh up GT commitments for 2016 The Kiwi flew to the United Kingdom on Monday ahead of his second Blancpain Endurance Series event as a factory McLaren driver.

Van Gisbergen is scheduled to undertake simulator work at the famed McLaren Technology Centre in Woking before heading to Silverstone for the weekend’s racing action.

While insisting that there is no pressure from Red Bull Racing Australia to cut back on outside racing when he joins the team next year, Van Gisbergen says he may do so on his own accord.

“I’m not sure what’s going to happen next year with GT,” the 26-year-old told Speedcafe.com.

“I just wanted to do it to experience it. I enjoy going and doing it, but it’s pretty intense.

“Here I want to win the thing and what I have next year is a pretty awesome opportunity.

“At the moment it’s alright, I’m not compromising V8s doing it, but I don’t know if I want to do it in the future.

“It’s obviously an option to carry on, but we’ll have to see.” 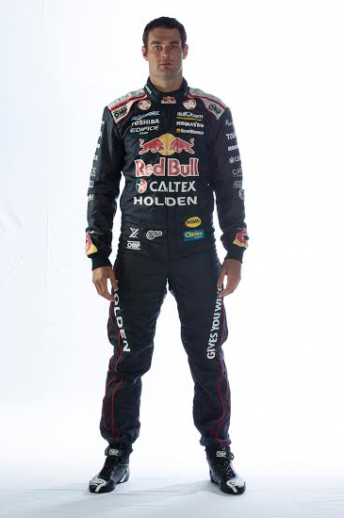 Van Gisbergen will suit up for Red Bull next season. pic digitally altered

Van Gisbergen will slip into one of Triple Eight’s Red Bull backed entries alongside Jamie Whincup next year, while Craig Lowndes is placed in a third car, for which a sponsor has yet to be confirmed.

The Kiwi acknowledges that moving from Tekno Autosports to Red Bull will see a major increase in off-track sponsorship and media commitments.

While some have suggested that the culture change will test the quietly spoken Van Gisbergen’s resolve, the man himself dismissed such concerns.

“We had it at Stone Brothers. There’s not as much here (at Tekno), we have a couple of sponsor things, but obviously nowhere near as much as they (Red Bull) do.

“And the media is alright. I’ve learnt how to deal with it a bit more. It’s all good.”

Van Gisbergen slipped to seventh in the V8 Supercars Championship at Winton after a disastrous Sunday race.

Taking fuel only in the Safety Car induced mid-race pitstop cycle ensured the Tekno Holden had to return to the lane for a third time, after which the driver cruised to a 23rd place finish.

Van Gisbergen is meanwhile hoping for a stronger showing from the Von Ryan Racing McLaren at Silverstone after a difficult opening round at Monza last month.

The squad has tested since Monza, concentrating on reducing mechanical drag that hurt the car’s straightline speed at the Italian venue.

Pitstops were also a focus for the crew of mechanics that were hastily assembled ahead of the season opener. 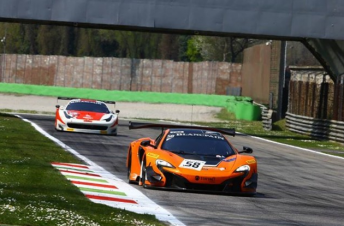 The Von Ryan Racing McLaren was off the pace at Monza

While finishing down in 16th alongside co-drivers Kevin Estre and Rob Bell, Van Gisbergen says he was pleased with his own performance at Monza.

“I went about it cautiously and didn’t try and set lap records on lap one. I just built up to it.

“I’m learning what it’s like to be a co-driver. Going there and being the guy that doesn’t qualify and gets the old tyres is a bit different for me.

“I’m not complaining. I need to do my apprenticeship with that stuff, but it is hard when you jump into the race and you’ve got more power and new tyres.

“You have to start again basically. It’s tough, but it’s the way it is.”