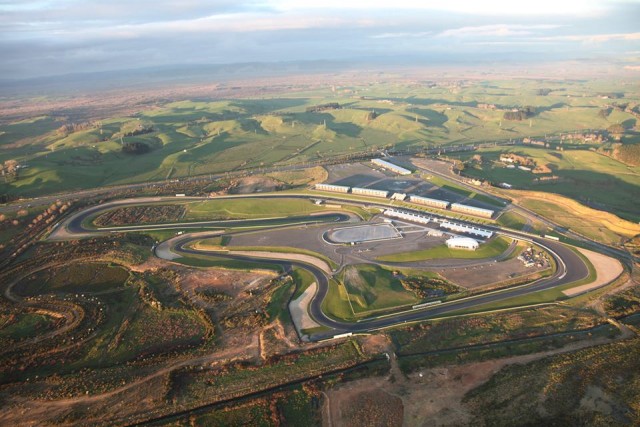 The Gold Coast-based Scotsman, who had made several previous plays for the North Waikato venue, takes over from current owners Tony Roberts and Chris Watson, with settlement due on June 2.

Owner of the GT Championship and Aussie Racing Car Series in Australia, Quinn adds the circuit to his existing Highlands Park facility in Cromwell, which opened in 2009.

“It’s a relief for all of us,” Quinn told Speedcafe.com of completing the purchase of Hampton Downs, which also opened in 2009.

“It wasn’t a clean, normal deal, there was a lot of bits and pieces that had to be tidied up.

“I felt a certain obligation to look after Chris and Tony (who will stay on as circuit manager) as well, but I think the outcome is good. I’m excited about the future.

“Fundamentally it’s got a good skeleton where a race track needs a million people close by to make it work.

“Auckland, Tauranga and Hamilton is the golden triangle of New Zealand, so it will commercially be a viable track.”

Quinn has already committed to funding the long planned track extension, which will add a kilometre to the existing 2.8km layout.

“The track extension is essential to the commercial viability of the track,” he said. “It will definitely go ahead.”

The pet food and chocolates baron has promised to invest strongly in the facility ahead of a grand opening in November, 2016.

“Nothing will change in the next six months while we settle down and understand what they’re currently doing,” he said.

“We’ll spend the winter firming up our plans, running tenders and signing contracts so that come spring, all of our plans will start being built.

“A lot of what we want to do is pretty obvious, like finishing off the pit lane, extending the track and building another skid pan down the bottom.

“By the end of the summer, maybe March-April next year, a lot of those plans will be finished. Then I can see a grand opening of the track in November, 2016.”