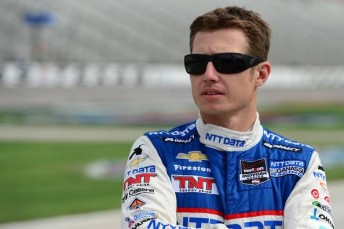 Australian Ryan Briscoe is set to stand-in for the injured James Hinchcliffe for this weekend’s Indianapolis 500.

Briscoe, who has won eight IndyCar races in a 10-year span, was left without a drive in the IndyCar Series this season after parting ways with Chip Ganassi Racing.

The 33-year-old is expected to perform a refresher course behind the wheel of a back-up #5 Honda Schmidt Peterson chassis ahead of the final one-hour practice session on Carb day.

The Schmidt Peterson squad will hold a press conference on Thursday morning (Indianapolis time) to officially announce Briscoe’s place in the field.

Briscoe won pole for the Indy 500 in 2012 when he finished fifth which equalled his previous best finish at The Brickyard in 2007.

The Sydney-born driver is the third Australian in the field, joining Team Penske’s reigning IndyCar champion Will Power and James Davison, who will enjoy a one-off start with Dale Coyne Racing.

CLICK HERE for the latest update on Hinchcliffe’s condition following his accident on Monday.