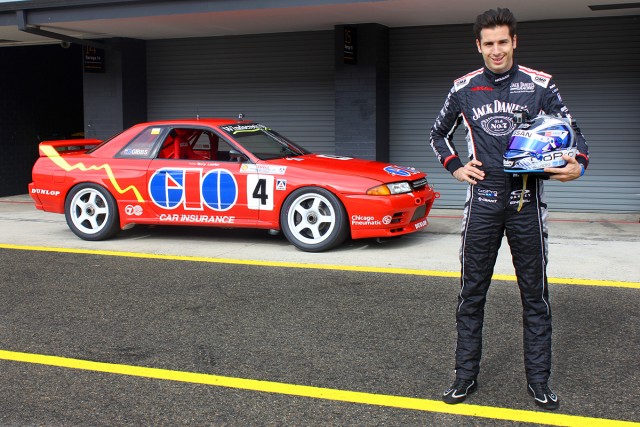 Rick Kelly with the GIO GT-R at Sydney Motorsport Park

Nissan Motorsport V8 Supercars star Rick Kelly says he has a new appreciation for the legendary R32 GT-R after sampling a genuine Group A ‘Godzilla’ at Sydney Motorsport Park.

The former two-time Bathurst 1000 winning driver completed a handful of laps in the Terry Lawlor-owned car as part of a promotion for the upcoming Sydney Retro Speedfest.

Lawlor’s car was one of five Group A GT-Rs built by Gibson Motorsport, competing under Bob Forbes’ GIO Racing banner in 1991 and 1992.

Driven by Mark Gibbs and Rohan Onslow, the car won the 1991 Australian Endurance Championship after finishing first and third in that year’s Sandown 500 and Bathurst 1000 respectively.

Now based in Sydney and valued at around $500,000, it is the only one of the four surviving Australian GT-Rs that competes in the HTC.

“I really didn’t know what to expect from a 23-year-old race car, but it was pretty damn impressive,” Kelly told Speedcafe.com of the experience

“Acceleration, braking and mid-corner grip, even just the build quality when you look through it, these cars were certainly ahead of their time.

“What blew me away was that as a raw car, even without tuning it for the day, you’re starting at a very high level.

“When you get out of a rear-wheel-drive V8 Supercar after your first laps at any given track you think ‘man, there’s a lot of work to do here to get it dialled in’.

Kelly was also surprised by how close the car’s overall lap time was to a V8 Supercar, having run a 1:31.5s in his Altima at the recent Sydney SuperTest Shootout.

“I didn’t think that I was pushing it excessively hard, but when I got in the guys said I’d done a 1:36 on my first three-lap run I thought ‘woah, that’s not too bad’,” he said.

“Once the boys told me how much it was worth and a little bit of rain came down I thought I better just make sure I hand it back in one piece.”

While Nissan has been open about the possibility of adapting GT-R bodywork to the control V8 Supercars chassis under the category’s 2017 Gen2 plan, Kelly expresses caution over such a prospect.

“What this has done for me is help me stop and look back at where motorsport has come from and experience an iconic time in Australian touring car racing,” he said.

“When the Gibson guys brought the car in it was revolutionary for its time. Now the circumstances are very different.

“If we brought a GT-R in now it’d be on the chassis we’ve already got and would have to be rear-wheel-drive.

“I love the GT-R for what it was back then and what it is today, not what it would be if we turned it into a V8 Supercar.”

Nissan Motorsport’s V8 Supercars carry the bodywork of the company’s four-door Altima sedan and are powered by a bespoke 5.0 litre version of the VK56 V8 engine, which features in the Patrol SUV. 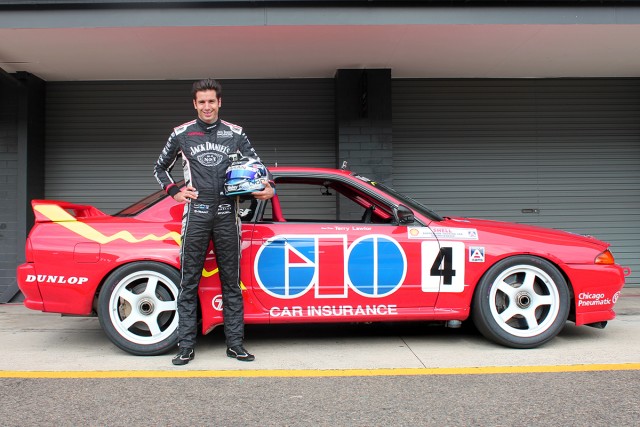 Kelly says the R32 GT-R was ‘ahead of its time’