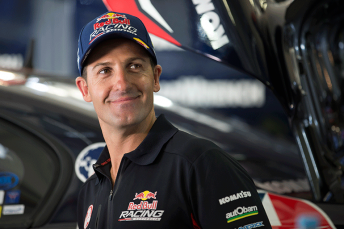 Jamie Whincup is keen to check out Red Bull’s global motorsport activities when he heads to Austria next week, but insists he isn’t eyeing off future European racing opportunities.

The 32-year-old left Australia on Tuesday and will attend this weekend’s Monaco Grand Prix before spending a week at the home of Red Bull in Salzburg, Austria.

The trip comes a year after a similar visit to Red Bull for team-mate Craig Lowndes, who toured the company’s famed Hangar 7 before cutting laps of the Red Bull Ring in a KTM X-Bow.

“There’s no set plan for the week, but it’ll be a good chance to introduce myself to the European guys and see what I can learn,” Whincup told Speedcafe.com.

“You’ve got to keep your eyes wide open, so I’ll be checking out their other motorsport programs and seeing what they do well and what they do better than us.

“I’ve never been to Europe before, so it’s a big deal for me to experience the world a bit as well.”

While keen to learn from Red Bull’s other programs, the six-time V8 Supercars champion says he won’t be seeking out future opportunities to race.

Unlike Lowndes, who will make a second consecutive appearance in the 24 Hours of Spa in July, Whincup insists he must focus on his V8 duties in-season. 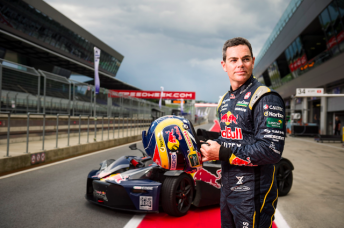 “At this stage of my career I’m not looking at doing one-offs,” he said, having recently signed a fresh three-year deal to remain in Triple Eight’s Red Bull-backed team.

“Race of Champions is convenient because it’s after the season, but I’m not actively looking to drive anything else during the year.

“I’m flat-out trying to get car #1 to go as quick as it possibly can.

“Maybe one day I can line something up for when I eventually just do the enduros at Triple Eight. Then I can mix that with doing things overseas.

“There’s still some bucket list, cool races to do, but I really don’t want to confuse the two at the moment.”

Whincup has endured mixed fortunes in the opening phase of the V8 Supercars season and sits fourth in the standings – the same position he held heading into the pre-Darwin break last year.

The 2014 season saw Whincup holiday in Bali before turning his year around with a double win at Hidden Valley.

“I feel that the start of the year has been pretty full on, both on and off the track, so a break is going to be pretty handy,” he said.