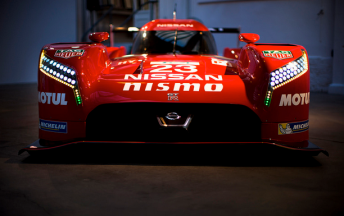 Nissan has revealed the final pieces of its Le Mans 24 Hour puzzle by confirming it will run its trio of LMP1 racers in the smallest energy class.

Ahead of the final hit-out for teams in practice at La Sarthe on May 31, Nissan’s global motorsport boss Darren Cox confirmed the radical front-engine, front-wheel-drive GT-R LM NISMOS will run in the 2 megajoule category of the top LMP1 division.

“It’s no secret that we hoped to be in the 8MJ with rear drive this year but for various reasons we’re not there yet,” Cox told Radio Le Mans.

“I can tell you that we are pushing to make at least as big a jump from this year to next as Porsche did into this year.

“We understand the car and the issues and we are making rapid progress.”

Development of the North American-bred GT-R LM machines has seen many challenges, notwithstanding the fact the cars initially failed crash tests and subsequently have not been seen in action in the two World Endurance Championship rounds to date.