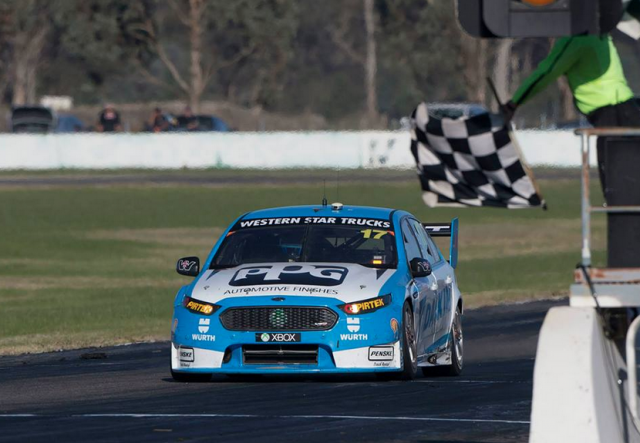 Pye drove the team to its first top 10 finish of the season on Sunday, taking the flag in eighth place after proving competitive throughout the 200km journey.

The #17 Ford had earlier finished 15th and 18th in the two Saturday races; results that Pye insists would have been far better if he had maximised the car’s potential in qualifying.

While the upswing in form followed a pre-Winton visit to Prodrive’s Melbourne workshop for the DJRTP Falcon, Pye told Speedcafe.com that the gains made came from within.

“They (Prodrive) have been fantastic at helping us in every way that they can, but for whatever reason over the last two years every time we put their set-up in it doesn’t translate,” he said.

“This weekend my engineers stuck to their guns. We came here with a different approach to trying to work on our strengths rather than fix our weaknesses.

“I think doing that actually ended up helping our weaknesses and we made a pretty competitive car out of it.

“My engineers deserve the credit for the result. There’s been a lot of pressure on them and this weekend they gave me a car that was bloody quick.”

The South Australian had run as high as fifth in the final stint, but fell back in the closing laps after using the best of his rear tyres trying to pass a determined Garth Tander.

Pye says that DJRTP’s own set-up, focussed primarily on maximising the car’s drive traction, was not dissimilar to what was being run in the Prodrive entries, which dominated the weekend.

“We’re not actually that far away (from Prodrive), we ended up with something that was similar,” he added.

“They’re helping us massively with data, but we want our engineers to back themselves as well because they’re all really good individually.

“This weekend proved that. We came here with our own set-up and worked at it on our own.”

Although admitting there is still much work to do, Pye marked the result as important encouragement heading into another five week break in the V8 Supercars calendar.

“I feel like we’ve turned the corner a bit,” he concluded.

“There’s still quite a few things that we can tune up and make better.

“We were probably a top five car but we’re still not winning the race. We’re not there with the Prodrive guys yet.

“We’ll just keep working hard and hopefully we can continue this momentum in Darwin.” 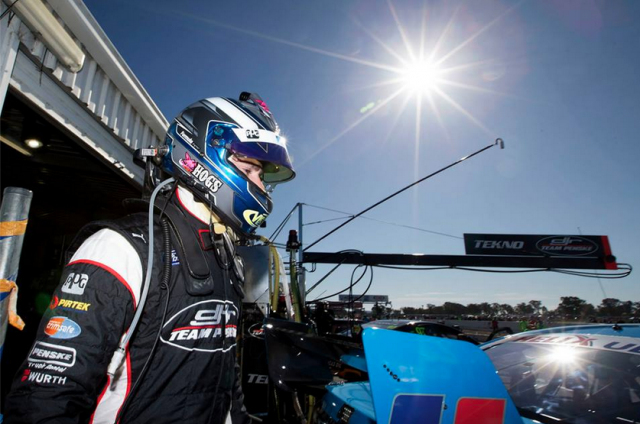