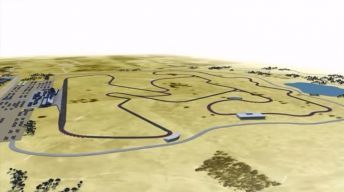 An artist’s impression of the Tailem Bend circuit

A deal is already in place to see the V8 Supercars Championship visit SA Motorsport Park by 2017, the circuit’s developer has revealed.

Sam Shahin, a director of the Peregrine Corporation that is behind the Tailem Bend project, has confirmed the extent of the memorandum of understanding held with V8 Supercars.

“We have a commitment, a signed commitment from V8 Supercars, to run a second V8 Supercar race in South Australia when this facility is finished,” Shahin told ABC Adelaide.

“So South Australia will host another V8 Supercar race at this motorsport park.”

The declaration coincides with an announcement that the Federal Government has pledged $7.5 million of funding, matching that of the South Australian State Government.

Adelaide’s famed Clipsal 500 V8 Supercars event is currently confirmed through to at least 2021.

SA has only twice previously held two ATCC/V8SC championship events in the same year; visiting Adelaide International Raceway twice in both 1976 and 1977.

On each occasion the second visit was an endurance event that doubled as an Australian Championship of Makes round.