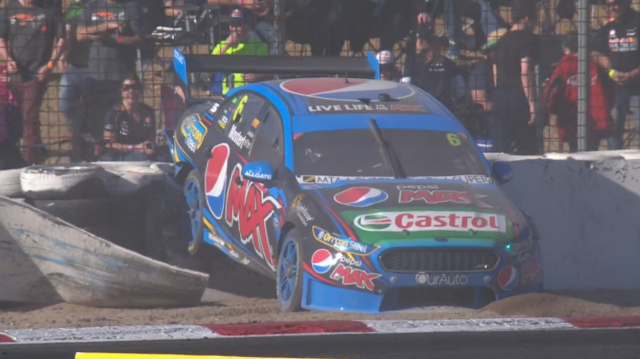 Prodrive engineer Adam De Borre has backed Chaz Mostert’s credentials as a genuine title contender this season, despite another costly mistake from the youngster at Winton.

The 23-year-old spun out of the lead at the halfway mark of Sunday’s 200km Winton finale in a major anti-climax to a weekend that netted three pole positions.

The error is another setback in Mostert’s season, which took an early hit when he collided with Jamie Whincup in the Sunday race of Adelaide’s season opener.

While the experienced Winterbottom has made the most of his opportunities, Mostert’s apparent pace advantage leaves De Borre optimistic that the #6 entry can claw back into contention.

“I think we’re still in a good position, no one should be counting us out yet,” De Borre told Speedcafe.com.

“If we hadn’t of made mistakes in Adelaide and Winton we’d be leading the thing ourselves at the moment.

“We’ve obviously got to minimise our mistakes to win the championship, but we’re not that far behind and with the speed we’ve got, it’s all still to play for.”

Mostert headed back to Melbourne shortly after Sunday’s chequered flag, but had been in an upbeat mood when facing television cameras in pitlane.

“My racing game is like my golf game, it is just one area I’m lacking,” he quipped.

“This time I got the start but I didn’t quite finish the race how I wanted to.

“Turn 3 does get a bit tricky out there once the tyre goes away.

“It just kicked a little bit and by the time I caught it back up I was heading towards the fence.”

Although Mostert had been downplaying his title prospects even before the latest slip, scoring the first five pole positions of his career in the space of a fortnight has put the field on notice.

“We’ve been really working on a qualifying car together for the best part of six months and now that we’ve got the FG X it’s all come together for him,” explained De Borre.

“The car is balanced, he’s got room for error on his laps and when there is no error there’s generally a gap (to the field).”

Winterbottom admitted on Saturday that he had leaned on Mostert’s set-up following a difficult Friday for the #5 garage.

The 32-year-old added after Sunday’s race that “for whatever reason, he (Mostert) is driving around the car a little bit nicer than what I feel like I can at the moment”.

De Borre says Mostert’s ability to lead the team’s set-up direction is a testament to the relationship the duo have formed since they first worked together at Dick Johnson Racing in 2013.

“Chaz and I have quite a good language going,” he said.

“I understand what he needs from the car and where I can make time and he understands that I use him as a set-up tool.

“That’s something we’ve worked really hard on over the years; where we need to focus to get the lap time.

“It’s understanding the bits that he can do for me so I can focus on the bigger picture.” 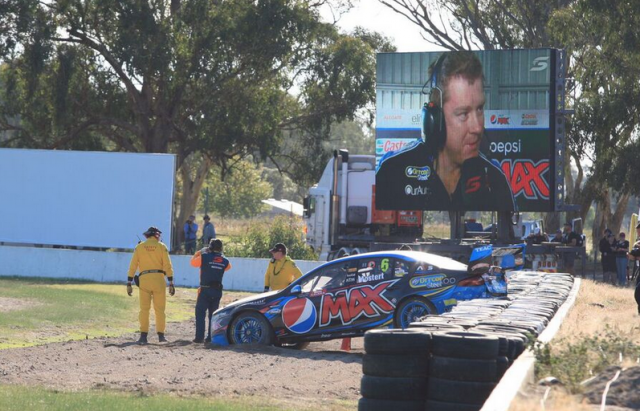