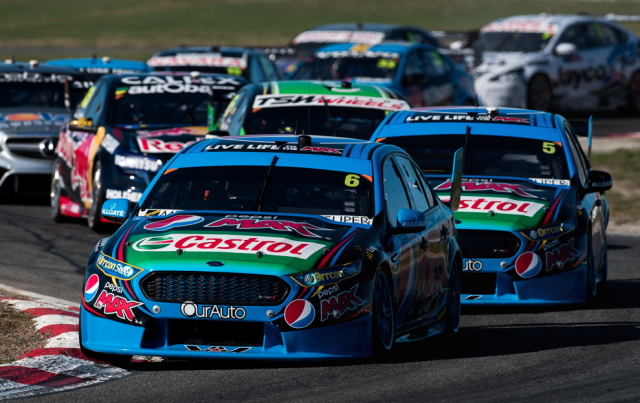 Which of the two Pepsi Max PRA drivers will prove the team’s strongest threat for the title this season; Mark Winterbottom or Chaz Mostert?

Leading the championship after Winton, Winterbottom has proven the more consistent contender across the early part of the season.

The experienced campaigner has taken one pole and four wins from the 12 championship races held to date.

Mostert has recorded five poles and two wins and currently sits eighth in the standings.

Winterbottom’s superior starts have notably proven the deciding factory in three recent head-to-head battles between the pair, before Mostert finally got the better of the launches on Sunday.

Most crucially in determining the current picture, Winterbottom has finished every race, with an 11th and a 15th (following high tyre degradation in the Barbagallo finale) his only poor results.

Mostert meanwhile has two DNFs from crashes in Adelaide and a 25th place finish, recorded after his unforced error on Sunday.

The youngster’s engineer Adam De Borre has subsequently declared his belief that Mostert’s speed can see him regain the lost ground and challenge for the title.

What do you think? Which driver will provide Prodrive with its strongest title threat?